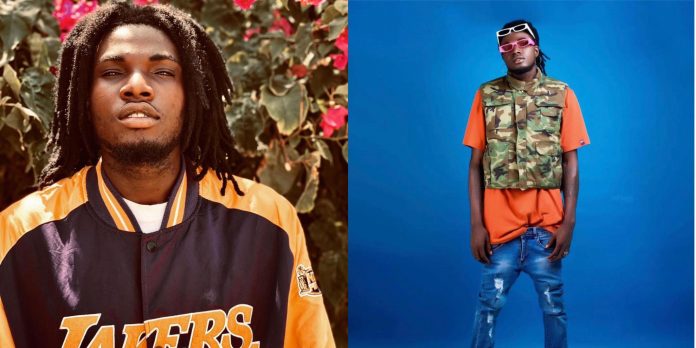 Dancehall artiste, Emmanuel Aikins is popularly known as Unruly Grank, 24yrs has allegedly been stabbed to death by his friend, Bright Ellis. The sad thing happened on Sunday 7th February 2021 after confusion between Akins and Ellis at Orange Beach Resort near the cape coast Emintsimadze palace in the Cape Coast Metropolis of the Central Region.

According to Deputy Central Regional police PRO, Sgt. Isaac Evans Ettie, the suspect Bright Ellis stabbed the deceased with a knife which caused him to start bleeding profusely. He was subsequently rushed to the Cape Coast metropolitan hospital for treatment but was pronounced dead on arrival.

He indicated that the suspect also sustained a cut on his left hand by the victim which angered him to stab him to death. Eye witness indicated that he was stabbed at the shoulder with scissors three times within a minute.

After the incident had happened funs of the victim troop to the scene with gadgets to attack Bright Ellis but were prevented by the police who came around to calm the scene.

The police made a report at the station against the deceased and were issued with police medical report form to attend hospital for treatment but were later arrested at the Cape Coast metropolitan hospital and detained.

The deceased is said to have returned from overseas last year to visit his family and this tragedy has befallen him. May his soul rest in peace.

The case is under investigation.