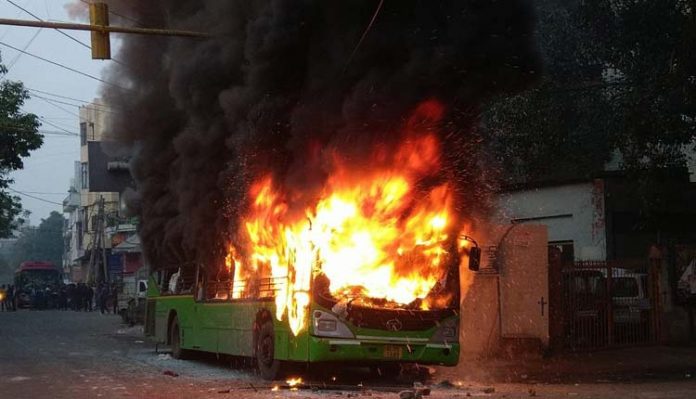 Four metro mass transports have been scorched in a fire flare-up at the Ashanti Regional workshop of the State Transport Company (STC) in Kumasi.

An observer, P. A. Adusei, reporting the heartbreaking episode to Joy News, clarified that the fire immersed the transports around 10:20 pm Wednesday night.

As indicated by the source, the drivers left the transports and later observed smoke coming out from one of the vehicles.

“We were unable to control the fire and it moved from one transport to the next. We called fire administration to help. At the point when they came, the fire had immersed and consumed all the four vehicles,” the source said.

The reason for the fire is yet to be known, yet it is suspected that an electrical deficiency is speculated to have started the fire

It took the mediation of the staff from the fire administration to control the flames. Authorities of STC were hush-hush over the grievous incident when reached.

Then, an examination has initiated into the issue by authorities of the Ghana National Fire Service who figured out how to save the circumstance from heightening.