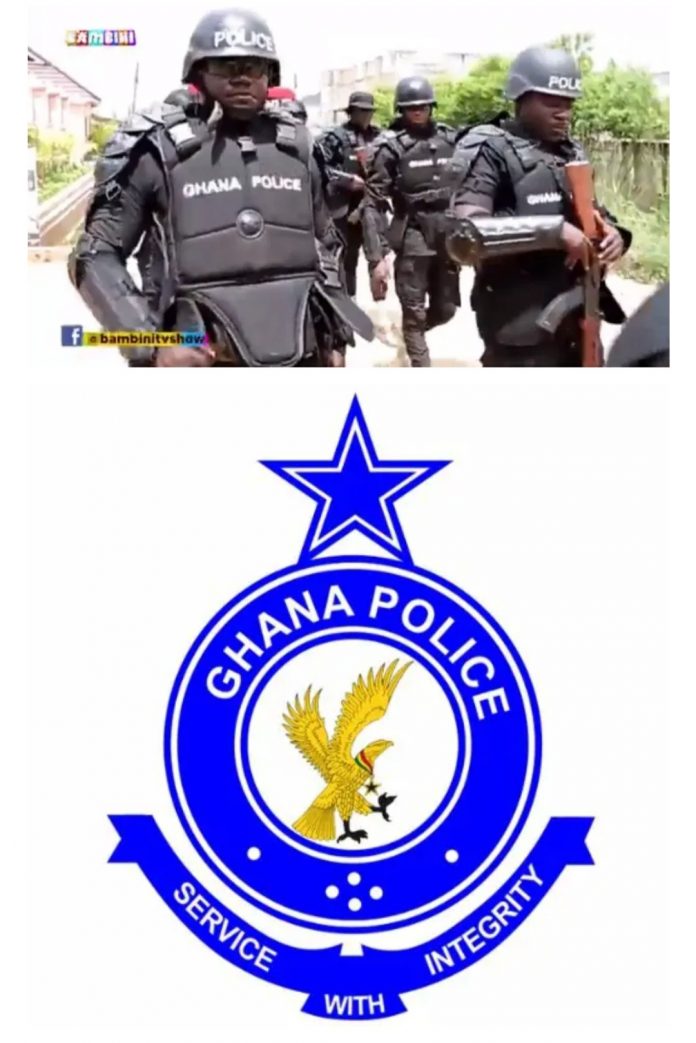 4 suspected armed robbers killed in shootout with police, 5 others arrested.

Four suspected armed robbers have been killed in a shootout with the police at Ntoaso, a suburb of Nsawam, in the Eastern Region
The armed robbers, also suspected to be land guards, are yet to be identified, but the bodies have been taken to the Police Hospital mortuary for preservation.

However, five persons, including a military man and a sub-chief of Kyeibi-Apapam, who were allegedly together with the armed robbers during the shootout in an uncompleted building, have been grabbed to assist in investigations.

She said an Infinity four wheel car with registration number GC 59 598-19 believed  to be owned by Nana Baah and driven by Sgt Asare at the time of arrest has been impounded by the police.

She said Sgt Asare supplied the ammunitions to the gang and the sub chief sponsored the gang.

She said the suspects were arrested at various locations by police from the National Operations Department.

Supt Abayie-Buckman stated that Larbi was apprehended when the police traced the gang to their hideout in an uncompleted building at Ntoaso.

She said Larbi and seven others, all armed, engaged the police in a shootout leading to the injury of four of them, while three escaped.

Supt Abayie-Buckman stated that Larbi also escaped, but was arrested.

She said Sgt Asare, Baah and Kwafo all members of the armed robbery gang were also arrested at Kyebi the same day.

Supt Abayie-Buckmansaid Nana Baah was arrested at the CID Headquarters, when he was sighted by the police.

She said four robbers, who were hit by bullets during the shootout, were taken to the police hospital but were pronounced dead on arrival.

Supt Abayie-Buckman appealed to the public, staff of health facilities and herbalists in and around Nsawam and Kyebi to report any person(s) who would visit them with gunshot wounds for treatment.

She said “three persons are believed to be heavily armed, thus pose great danger to society, and such suspicious characters should be reported to the nearest police station”.

In a related story.

The Begoro District Police Command is on a manhunt for four suspected robbers who attacked a Metro Mass Transit bus with registration number GT 3389-Z.

The incident, according to the police, occurred at the Begoro police checkpoint in the wee hours of Monday, May 3, 2021.

The police, in a statement, noted officers on duty were not at post at the time of the incident with the padlock of the barricade left unlocked.