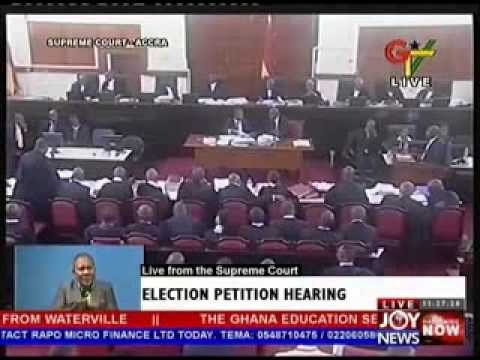 A retired Justice of the Supreme Court, Justice William Atuguba, has admonished Ghanaians to embrace the outcome of the 2020 presidential election petition in good faith. He said in the event that a section of the people were aggrieved by the verdict of the apex court, their actions must be within the confines of the law.

Justice Atuguba point out that “court decisions on matters of this kind have various impacts and effects, depending on the circumstances in each country. What I will say is that even if anybody is aggrieved with the ruling, their reactions should be within the framework of the rule of law.”

Questioned about the call for the Chairperson of the Electoral Commission (EC), Mrs Jean Mensa, to mount the witness box, Justice Atuguba, who was the president of the panel of the Supreme Court that adjudicated the 2012 presidential election petition, said the court had the necessary wisdom in dealing with such matters.

On that note, he asked that people avoid directing the court on how to handle the issue, noting that such actions could lead to contempt.

In my view, no matter the outcome of the hearing on the election petition, the court will bring reforms that will be followed to enhance transparency and fairness in our electoral system. In view of this during the election petition of 2012 the court brought out some reforms which some were sent to parliament for approval and did not succeeds but the ones which did not need parliament approval were followed accordingly. In all this has strengthen our democracy as a country.