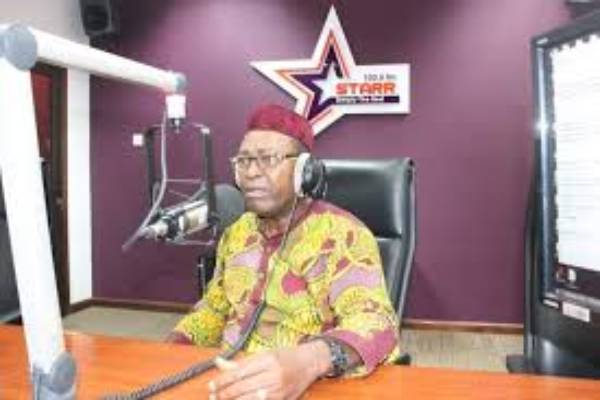 One of the big names in Ghana’s media is David Dontoh, having claimed multiple awards and acted in various movies, Mr. Dontoh has let the cat out of the bag about some challenges he went through in his teens.

He said, at some time in his early ages, he together with his younger ones had to rely on waste bins for their daily bread for close to two weeks.

David Dontoh explained that this happened sometime in 1966, the same period when the first president of Ghana Dr. Kwame Nkrumah was overthrown.

He further added that his father who was a good friend of the former president at the time had to escape home to avoid being captured by the military rulers at the time.

After his father’s escape, food became scarce and they had to rely on waste bins to compensate for the scarcity, eating from leftover food that was deposited in the wastebins.

Watch the full interview below;