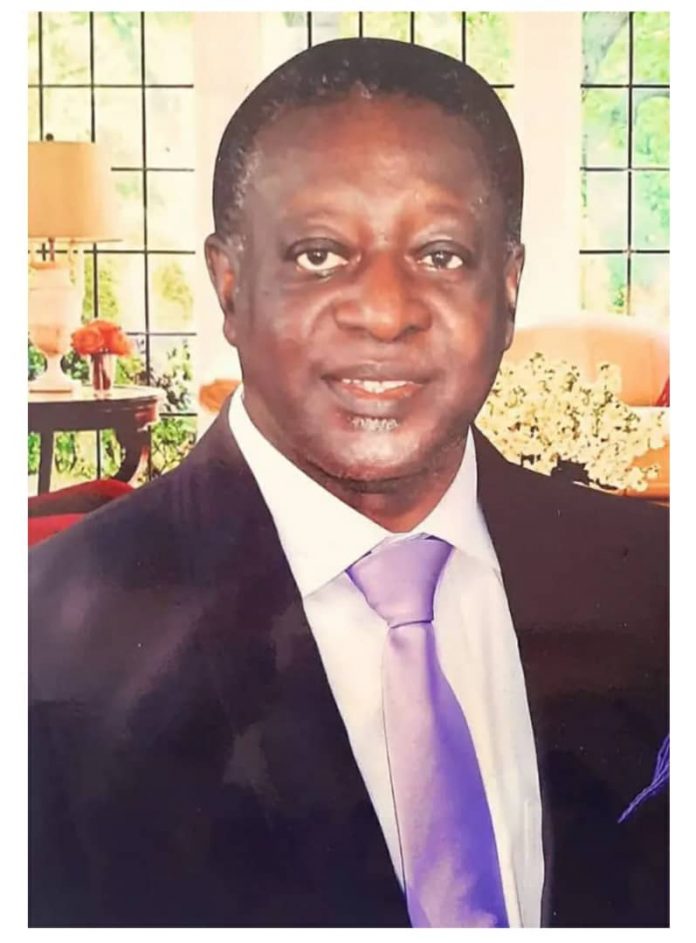 There was some heavy traffic on the Legon-Atomic road as I approached the Transitions Funeral Home junction. Then I saw the obituary poster.

The late actor had been reported dead on February 6, 2021 after a short illness at 68. He died at the Korle-Bu Teaching Hospital from stroke related complications.

It will be recalled that the late actor was featured on TV a couple of weeks ago before his untimely demise, recovering from a stroke which he had been battling for almost eight years.

It was therefore shocking when news broke out in early February that he had finally succumbed to complications from the ailment.

He was laid in state at the Transitions Funeral Home at Haatso, in Accra where a private viewing ceremony was held for him.

A video was posted on Instagram, which captured the solemn moments where mourners who had gathered for the viewing struggled to cope with the loss in tears as they filed past the mortal remains of the late actor.

According to reliable sources from the family, a private burial service will be held in his honour at the St. Peter’s Methodist Church at Busua, Ahanta in the Central Region this weekend, where he will finally be laid to rest.

May his humourous and gentle soul rest in perfect peace.