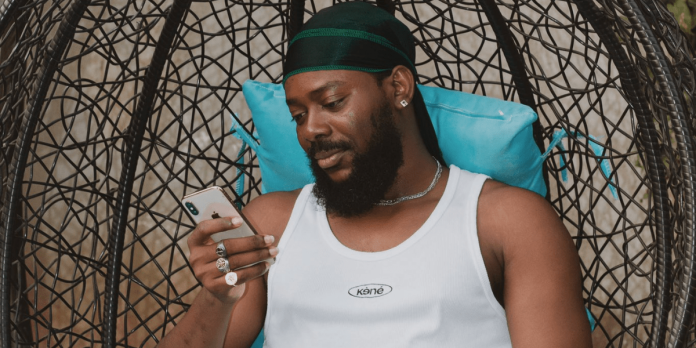 Nigerian singer, Adekunle Gold has advised people not to take rejections that come their way too personal.

According to him, he has learned not to take them personally because each time anyone looks down on him because they have no belief in what he could do, such people have always come back to him.

To Adekunle Gold, what you really have to do is lift your head up and work as hard as you can.

A lot of people coil into their shell and feel worthless when they get rejected at some point but what one needs to do is to pick themselves up and continue to work hard towards whatever dreams they have and someway somehow, they are going to make it.

Some people have gone on to do exploits that make people who reject them rue the opportunity they missed when they rejected you.

In any case, rejection should be some form of motivation to the individual and not grounds for you to give up.

Adekunle Gold, who recently just celebrated his 2nd marriage anniversary with wife, Sim, made this admonishment on Twitter.

Video: Guy Siezes Clothes From Young Lady In A Restaurant Because She Rejected His Proposal

“I no longer take rejections personal. Every time people show resistance towards me, for a lack of belief or lack of affinity, they always come back! ALWAYS. Bet on yourself, put your head down and keep working.”