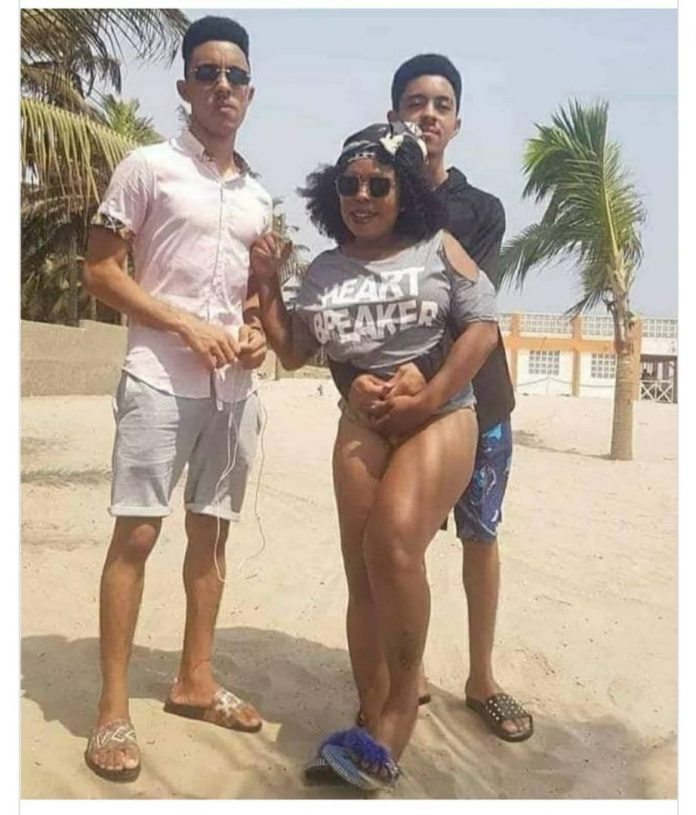 Controversial Ghanaian actress and comedienne, Queen Afia Schwarzenegger has taken over social media in the wake of the Akuapem Poloo sentencing.

It was reported on social media that Afia Schwar had been jubilating over Poloo’s jailing, saying Poloo was an abusive mother and had abused her son’s rights.

However, nobody took Afia Schwarzenegger seriously because she obviously doesn’t have the moral right to point fingers at Poloo.

As if by a stroke of bad luck, a photo of her wearing bikini (panties) standing in a very compromising pose with her young son has popped up online, and has already gone viral.

This new development has gotten some social media commentators shouting for her to also face the rigours of the law.

Let’s wait and see what pans out of this new development, as she has suddenly gone cold on the trail after this photo popped up.