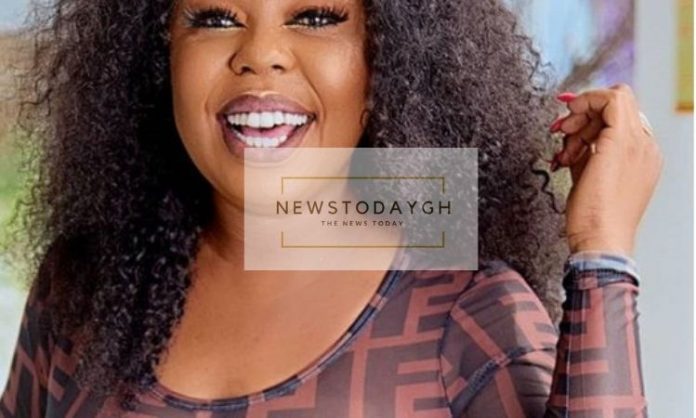 Matters seem to be getting hotter and hotter than expected as the controversial TV presenter has given a reply with respect to the confession that her rival wanted her dead.

Due to how controversial Afia can be, everybody anticipated a tough response from her, and as usual, she didn’t disappoint as she has released a video providing a wild response to the confessions made by the PRO of the Ga Traditional Council.

Few hours after the dreadful intentions of Mzbel to kill Afia Schwarzenegger was exposed by the PRO of the Ga Traditional Council, Afia has released her response in a video that has gone viral.

In this said video, Afia is seen singing some songs of praises for her life, and then she later shared a word of caution asking all Christians to build a personal relationship with God as that’s the only way every evil plot of their enemies against their lives will fail.

She also made references to the church she attends and revealed no man on earth can ever take her life from her as she doesn’t joke with her prayer life at all.

The PRO refused all claims by Mzbel that she was duped and even stretched on the fact that she was called severally to come back for her money as her request cannot be granted which she never showed up.

In Case You Missed

Afia, a mother of two boys has made headlines due to how controversial she is. She is known in real life as Valentina Nana Agyeiwaa and also works as a comedienne as well as an actress. She featured in some series that included the Ghanaian actor Tornado among others

Follow us for more updates on this story as we are to serve you with more news.

Watch the video below for more details.