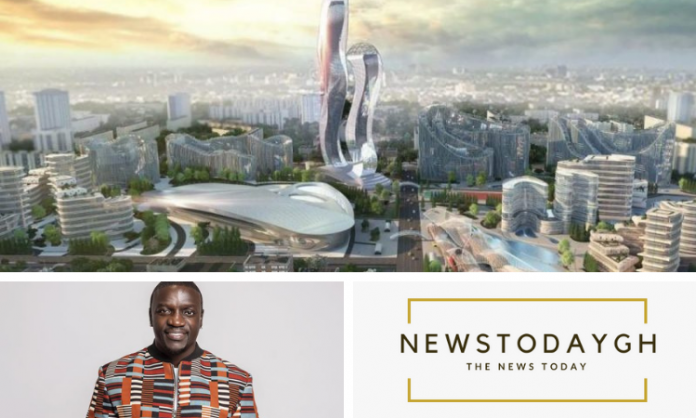 The renowned African American superstar Akon has launched the projected deal of the long-awaited futuristic city, Akon city in his birth land Senegal.

The internationally recognized singer is known by his family name as Aliaune Damala Akon Thiam.

In 2018, Akon announced to the public that he was working with the Senegal government to build a tourist city with a cryptocurrency-based economy.

On 13 January 2020, Akon publicly shared on Twitter that the agreements for the project of the city have been finalized.

On September 1, 2020, Akon laid the first stone of the 6billion dollar city. Akon is the first solo artist to hold both first and second spots simultaneously on the billboard HOT 100 list. Akon sings in other languages such as Hindi and Spanish.

In the interview with one of the American based media, Akon cleared the waves that, in the couple of years to come(2023), the first phase of the city is planned to be executed. He stated that he was partially inspired by the desire to teach Africans in the diaspora about Africa.