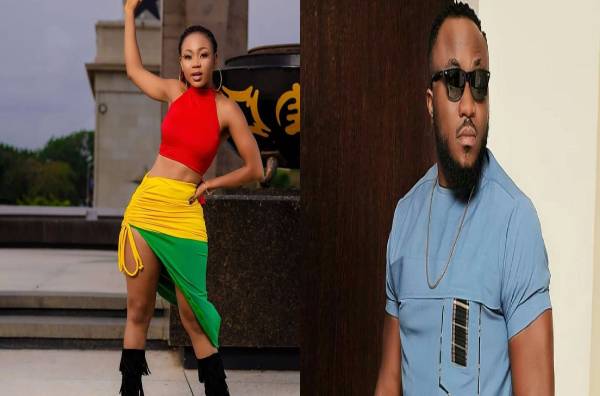 Actress, Entrepreneur, and socialite Akuapem Polo Born Rosemond Brown have released a video of her press conference, and it’s interesting.

Recall that the actress was taken to court for posting a nude picture of herself and her son on his birthday.

The case raised a lot of mixed reactions from Ghanaians.

As Ghanaians waited for the verdict of the case, Akuapem Polo’s fans prayed and some worked secretly underground to set her free.

One of the people who publicly voiced out about Akuapem Polo’s case was Comedian and Tv Presenter DKB.

DKB organized a fundraiser for Akuapem Polo when the court finally sentenced her to 90 days imprisonment after she pleads guilty to all charges.

The ruling was changed after Ghanaians interceded, after which Polo organized a press conference thanking everybody that helped her.

Polo in a video sighted by newstodaygh.com addressed a concern about a woman calling to attack her about being ungrateful and that she sent 4000Ghc to be given to her.

DKB in response to the allegations reported the matter to the police and vowed to deal with Akuapem Polo.

He later redrew the case and now Akuapem Polo has released a short video of her press conference to end the ungratefulness tag DKB used on her.