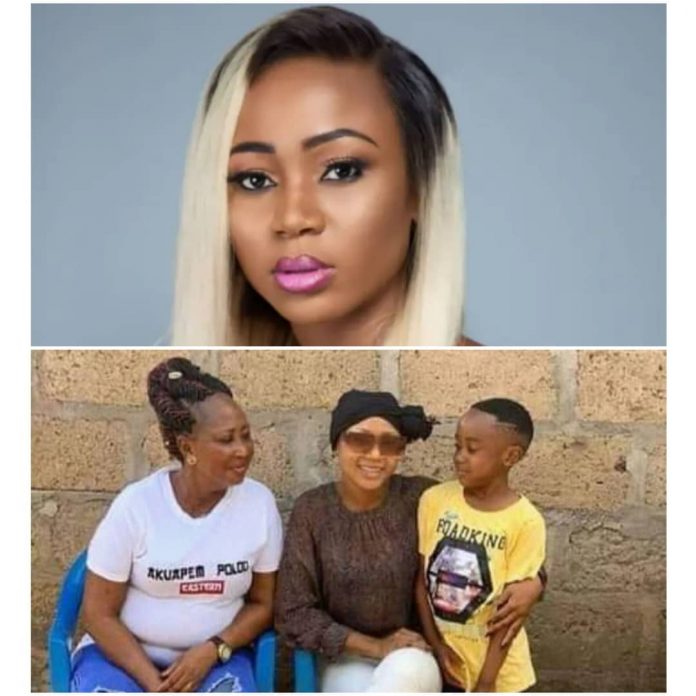 Akuapem Polo, popular Ghanaian actress known in private life as Rosemond Brown, made the headlines in Ghana last Friday, April 16, 2021, after she was slapped with a 90-day jail sentence.

This was handed her by an Accra circuit court, for posting obscene pictures with her son on her social media pages which caused an uproar and her subsequent arrest for child abuse.

Lawyer for the actress Andrew Vortia immediately filed an appeal against the jail term and was subsequently granted bail in the sum of GHc80,000 on Wednesday, April 21, 2021 with two sureties.

She therefore has to report to her case investigator every two weeks and also present herself with her passport to the registrar of the court.

The granting of her bail has been received with mixed feelings by most Ghanaians, some of whom thought that the jail term was rather too harsh especially for her being a single mother of an eight (8) year old son.

The court bail is very good news for her and it also means that she will be soon reunited with her son again.