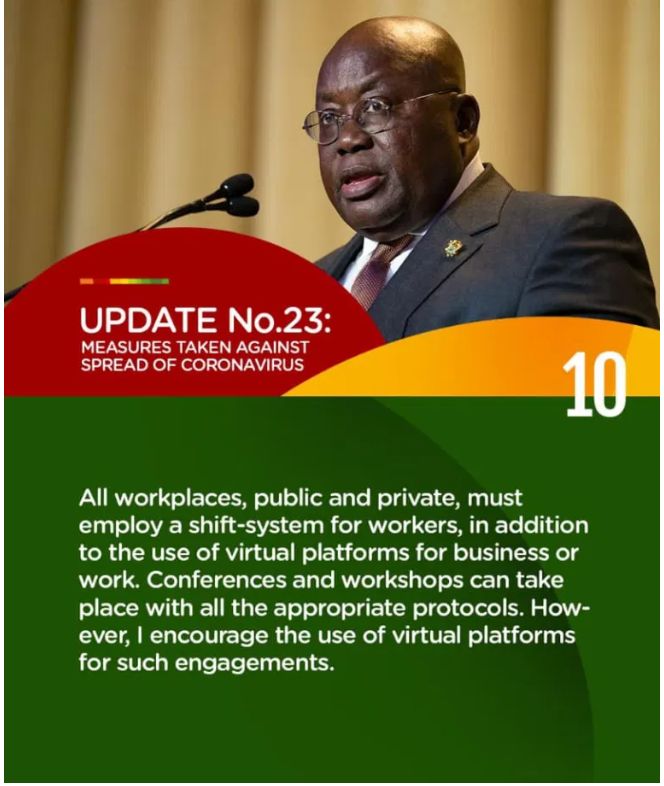 The President, Nana Addo Dankwa Akufo-Addo has stated during the 23rd address to the nation, that the government has place a ban on weddings, concerts, funerals, among other social gatherings.

According to the President, he made it clear that private burials with 25 people can take place with all the various restrictions put in place to adhere to.

The president added that beaches, night club, cinemas, and pubs are closed.
The President indicated that the country’s borders by land and sea also remain closed.
However, conferences and workshops can take place but organizers are expected to ensure that they adhere to the various protocols put in place 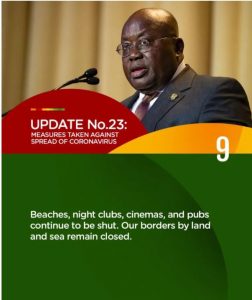 SHS Student Jailed For Threatening To Kill Teacher With A Machete