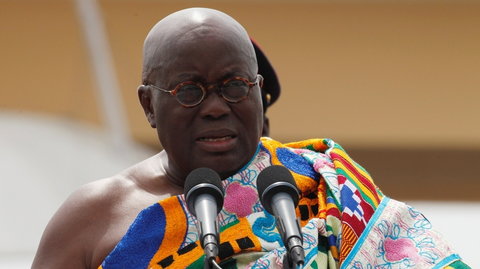 Information reaching newstodaygh.com can confirm that the President, Nana Addo Dankwa Akufo-Addo has dropped a list of nominees whom he wants to work with as Deputy Ministers in his second term government.

Among the list of people whose names were found was that of Dr. Mark Assibey Yeboah, who has been nominated as Deputy Minister-designate for Finance.

The other nominees found on the list for appointment as Deputy Minister-designate are:

The deputy ministerial nominees are however expected to face the Appointments Committee in Parliament for vetting before approval.

Interestingly enough, there was only one female name included in the list of the Presidential nominees, perhaps because that particular appointment involved women affairs. We know the list is not ended, but from the look of things, we shouldn’t really expect much to change from the old order.

The list soo far does not speak very well of government’s drive to bridge the gender balance gap if women are not appointed to fill more ministerial positions.

The good people of Ghana would have loved to see more women appointed to ministerial positions to help bridge the gender disparity which has plagued present and past governments since the Forth Republican Constitution came into force.

Something must be done as a matter of urgency to stop this gender draught we see in government, because there are very highly qualified women out there who can handle some of these ministerial positions even much better than their male counterparts.

It is high time our women’s advocate groups should rise up to the occasion and press forward for changes to be made to bridge the gender equality gap.

We hope that more women would be appointed in future to bridge the gender disparity.