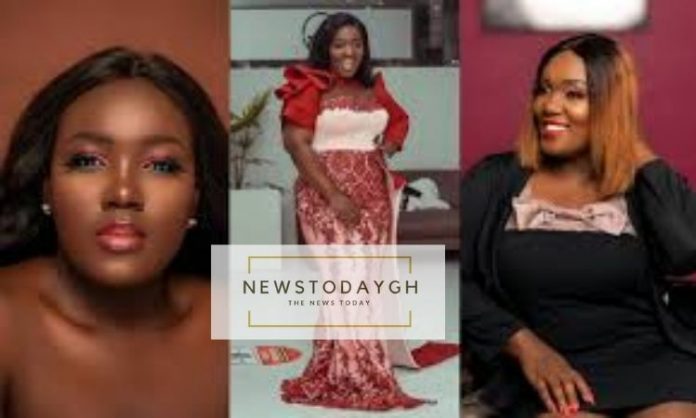 Cynthia Tima Yeboah, popularly known in showbiz as Tima Kumkum revealed in an interview with Delay on the Delay show over the weekend that, she married her ex-husband to spite an ex-boyfriend, and this has got many people in the entertainment industry talking.

In her words she said, “I married my ex-husband to spite someone, an ex-boyfriend who had slept with my best friend. So it was a sort of revenge marriage. I was not in love with him even though we were friends and I liked him… He knew I didn’t love him… He thought with time, I could develop love and affection for him…”

One of her critics Kwasi Aboagye, Host of peace FM’s entertainment review program has bombarded the TV presenter saying, Tima’s answer to Delays question was ‘unintelligent’ and thinks she should have considered her children.

Kwasi Aboagye acknowledged that, “I think she should have demonstrated a lot of emotional intelligence because there are children involved…You might be speaking the truth but think about the children”

Lifestyle Citizen Atare - March 6, 2021 0
Overview. When it comes to lasting power, there are some guys who have it and some who don't. The bottom line is if you and...

JUST IN: Nigerian suspects sentenced to death over killing of Takoradi Girls.