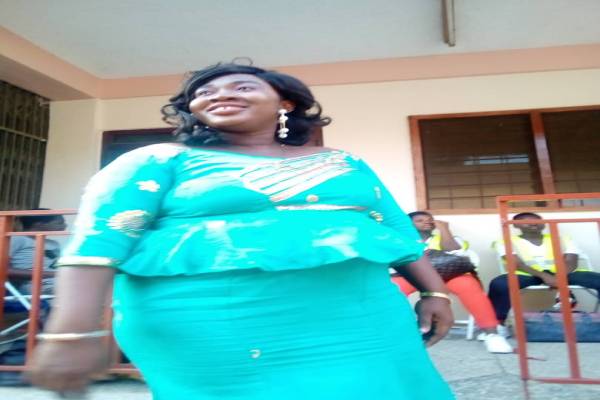 Linda Mawutor Ahiandzonu who is now known as Mrs. Amegachere hails from Penyi-Peki in the Volta Region of Ghana but born and raised in Accra.

Her parents are Mr. Joseph Ahiazonu and madam Florence Ahiadzonu all from the Volta region.

She went to SNAPS COLLEGE OF ACCOUNTANCY AND SECRETARIAT for her secondary education.

After which she proceeded to VAAD COLLEGE at Lapaz, after completion she further went to WHITMAN MONTESSORI at Awoshie,all are teacher’s training schools here in Accra.

Her mother worship at “Original World Ministry” and her father is a Roman Catholic(Saint Charles Luanga) at Abeka in Accra but initially, she used to attend her mother’s church before later on she joined her father at Roman for many years she joined the Assemblies of God church and there that, she found her lovely husband, Pastor Ruben Amegachere of which they are blessed with 3 girls.

And she has 4 singles songs to her credit, of which one has been released titled “S3 YESU MA NE SA SO A”
She always ministers in various churches including some media houses in the country.

Her vision is to preach the word of God through her gospel songs so that people’s lives would be transformed.

Her prayer is that her songs should reach all four corners of the world.