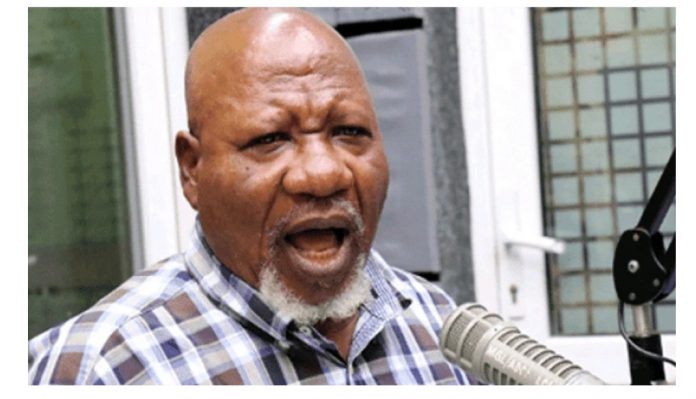 The opposition National Democratic Congress’s (NDC) former Central Regional Chairman Bernard Allotey Jacobs, has announced that he has denounced his membership of the party after declaring his newfound love for the incumbent President Nana Addo Dankwa Akufo-Addo of the New Patriotic Party (NPP).

The new development has therefore dealt another fresh blow to the NDC which is currently in a state of turmoil after its National Communications Director Sammy Gyamfi had already worsened the plight of the party with his verbal attack on high ranking members of the party at a recently held press conference.

The personalities involved are Speaker of Parliament Rt. Hon. Alban Bagbin, the Minority Caucus Leader, Hon. Haruna Iddrisu and the Chief Whip Hon. Muntaka Mubarak whom he labelled as ‘traitors’ after an alleged U-turn made on the vetting of three ministerial nominees of the President in Parliament last week.

To add to the woes of the NDC which is also the biggest opposition party in Ghana, they had recently lost the election petition at the Supreme Court after a Seven-member panel of judges had dismissed the case as without merit.

Mr. Allotey Jacobs admitted to the fact that the ruling NPP government led by President Nana Addo Dankwa Akufo-Addo has brought new leadership to the presidency and that he was pleased with him although he wouldn’t support the NPP.

“I’m no longer an NDC neither will I be an NPP although I have disassociated myself from the NDC. I have seen a change in this country and also a new type of leadership that resembles Kwame Nkrumah’s own. This leadership is blackmailed but they are performing better.” he said.

He continued, “For this reason, I now support Nana Akufo-Addo and Bawumia of the NPP.”