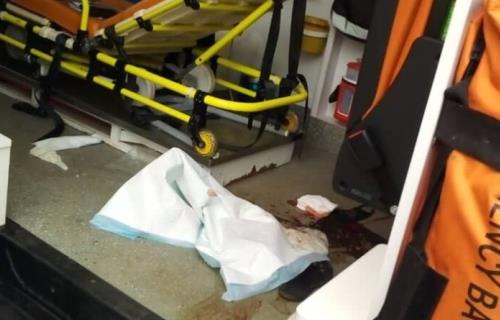 The drive-in charge of the Yilo Krobo ambulance with GV 644 —20 as its registration number has been attacked on his way from Akuse to the Eastern Regional Hospital after he picked a woman in labor.

He had to drive to the Eastern Regional Hospital since there was no neonatal intensive care in Akuse.

An ambulance was attacked and the driver was shoot dead

Unfortunately, he bumped into armed robbers who opened fire on the ambulance and shot him in the head because he refused to stop.

The police patrol team rushed to the scene where the incident happened and rushed the injured driver and woman to the Tetteh Quarshie Memorial Hospital for treatment. The driver was referred to the Korle But Teaching Hospital