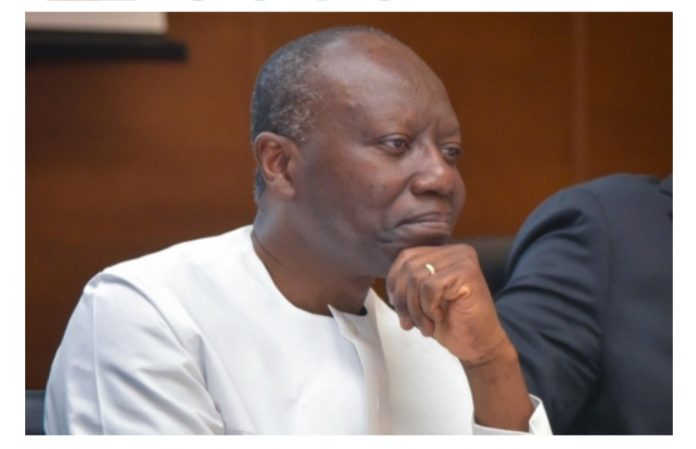 The Finance Minister-designate, Ken Ofori-Atta says the former Special Prosecutor, Martin Amidu did “a disservice” to the country and its democracy for releasing his Corruption Risk Assessment on the Agyapa deal to the neglect of a response from the Ministry.

He said, the numerous “conjectures [in Amidu’s report] are inimical to growth, and it does not help the kind of freedom of policy orientation and innovation that we require for this country to grow”.

Ken Ofori-Atta recovering well, expresses thanks to God and Ghanaians

“For such a report to be put out in the public without us or myself as Minister of Finance having a chance to discuss it, is a disservice to our democracy,” he told Parliament’s Appointment Committee during his vetting on Thursday, March 25, 2021.

It will be recalled that in August 2020, the OSP, as part of its mandate, requested from the Finance Ministry documents regarding the special purpose vehicle (SPV) which helped the country secure about $1 billion to finance infrastructural projects.

This followed criticisms from Civil Society Organisations about red flags in the transaction. The Minority in Parliament also described the deal as one shrouded in secrecy adding that its nature had the propensity to breed corruption, a position government vehemently rejected.

Eventually, when the Special Prosecutor, Martin Amidu released his report, he advised that it must be taken seriously if Ghana wants to win the fight against corruption. He expressed frustration with attempts by various government officials to trivialise the report.

“The 64-page report was analyzed and assessed professionally and referenced with detailed analysis of the risk of corruption and anti-corruption assessment of the Agyapa Royalties Transactions from which no one can just pick and choose what he wants. The documents and the facts are real and were not manufactured by the Special Prosecutor.

“The Office of the Special Prosecutor was either seriously intended to prevent and fight corruption or was only intended as a showpiece to be trivialized. The report must be taken seriously to make corruption a very high-risk venture in Ghana,” Martin Amidu added.

But for many, the report was quite revealing and meant that the Finance Minister was incomplete and must either resign or be sacked by the President.

However, during his vetting Thursday, March 25, 2021, Ken Ofori-Atta, Databank co-founder said the fundamental human rights of all persons who worked to ensure that the deal sees the light of day were violated.

“I do not feel that we broke any rule and I think the Attorney General will be able to give you a firm assessment of that,” he said.

Defending the Finance Ministry’s work, he said the Akufo-Addo government means well for the country and will not undertake a deal that is detrimental to the financial and general good of the country.

A leading member of the National Democratic Congress (NDC), Dr Benjamin Kunbuor has cautioned the party against holding conversations around the selection of a...