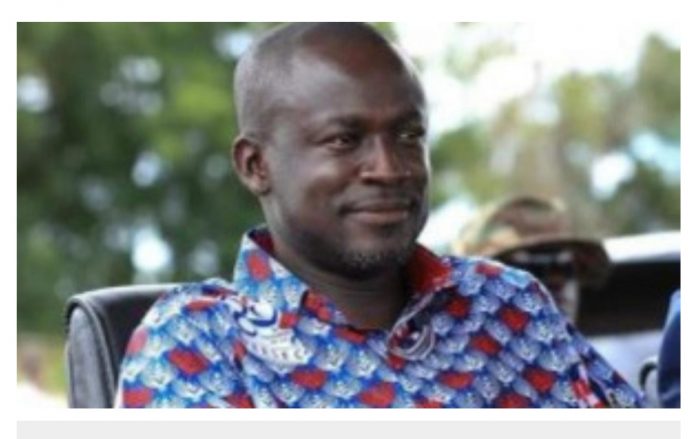 Estranged wife of Eugene Arhin, Acting Director of Communications at the presidency, has beaten a hasty retreat from her initial claims of massive property grabbing by the husband.

This has come about after estranged husband also filed a response to the petition she filed at a High Court in Accra a couple days ago.

In his response, he put her to strict proof regarding the claims she had made in her first petition.

According to reliable sources, in an amended petition filed at an Accra High Court on Monday, February 15, 2021, Madam Gloria Assan Arhin has now backtracked on several of her earlier claims, following the response filed at a High Court by the husband.

He has however denied what he now describes as malicious claims made against him by his estranged wife.

In her amended petition, she now claims that there is only one property in contention, which is an uncompleted 5-bedroom house at Santor in the Kpone Katamanso District.

The uncompleted residential property, which was intended to be their matrimonial home, lies on a two plots piece of land said to have been acquired by Mr Arhin in 2016.

This is the same property she had alleged in her first petition which was located at East Legon, but has now amended to state it’s actual location as situated at Santor, in the Kpone Katamanso District.

The claims of several other properties which she earlier listed in her first petition have also been scrapped off the list, but is now laying claim to second hand vehicles purchased during their marriage.

The vehicles include a Toyota Avalon, Toyota Lexus, Toyota Tundra and a Hyundai Elantra.

She has also abandoned the claims of being physically abused by her husband in her amended petition, after the former subjected her to strict proof in his response to the earlier petition.

She also insists that their marriage should be dissolved because it has broken down beyond reconciliation and she wants to have custody of their three children, but with access to their father.

She prayed the court to order Eugene Arhin to pay her the sum of GH₵2 million towards the maintenance of the children, pay their school fees, health bills and for the cost of incidentals to the suit.

On his part, Eugene Arhin denied almost all the claims his estranged wife made, except for owning an uncompleted 5-bedroom house at Santor and a barbering shop at Teshie, which is currently ran by his mother to help make ends meet.