A group of armed robbers who attacked two sales collecting stores at Ahenema Kokoben within the Ashanti Region on Wednesday dawn have been declared wanted by the Ashanti Regional Police Command of the Ghana Police Service.

As sighted on 3News, the robbers allegedly killed a night security man of A2 Aluminum Profile Company and made away with close to GH¢90,000.

Another revenue safety within the region was also attacked and an amount of GH¢8,000 become stolen. The police are appealing to the general public for credible infromation leading to the arrest of the robbers.

3News in addition adds that the remains of the deceased has been deposited at the Komfo Anokye Teaching Hospital (KATH) for preservation and post-mortem.

This was after the Crime Scene Management team had processed the scene for evidential materials to aid the investigation. 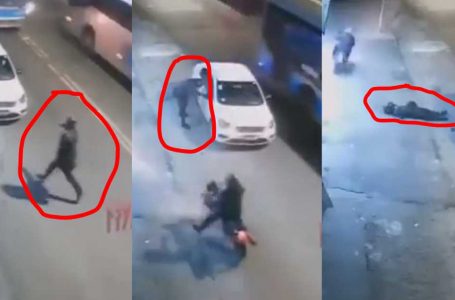 Sad Day For Robbers As One Gets...