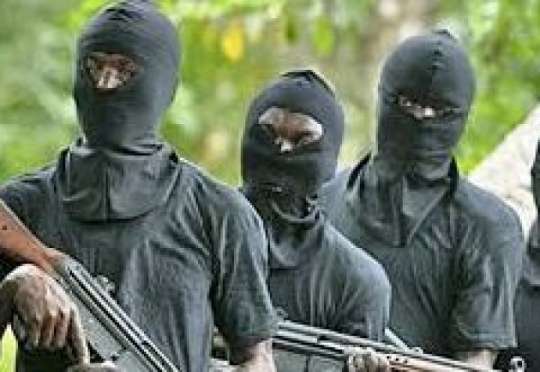 The suspected armed robbers stormed the school on Sunday, February 14, 2020 with weapons to rob the students of the school.

Police reveal that the robbers took away valuable items of the students including mobile phones, laptops, and an undisclosed amount of money.

The Assembly Member for Adankwame Electoral area Mr. Paul Yeboah Asiamah in an interview with Pure FM’s Osei Kwadwo said the robbers sexually molested some of the female students after their operation.

According to Mr Yeboah, some of the students ran away from the school campus for cover when the presence of the robbers were noticed.

“Adankwame has recorded several robbery cases…robbers are really tormenting the lives of the people. It is difficult to go out after 7pm and before 7am due to insecurity in the community” He explained.

An ambulance was attacked and the driver was shoot dead

He added that some of the students have been traumatized after the robbery in the school saying it is affecting teaching and learning in the school.

Mr. Paul Yeboah Asiamah however revealed that measures have been put in place to beef up security in the school.

Authorities of the school confirmed the incident to MyNewsGh.com and revealed that an official complaint has been lodged with the police who told this portal that they have commenced an investigation into the matter.

No arrest has been made.

Assembly member in Begoro almost lynched by some cocaine thugs.