Athletic club Bilbao have stunned Barcelona buy winning the Spanish Super Cup at the espense of the Catalan club.

Barcelona took the lead on two occasions but Bilbao staged a comeback to send the game to extra and scored a third in the third minute to make 3-2 against Barcelona.

After fierce contest in the starting embers of the match, Barcelona had the first goal of the game in the 40th minute.
A cross from Jordi Alba was well defended by three defenders of Bilbao but Griezmann was at the right place to slot home the ball.

Oscar de Marcos finished a nice cross from Inaki Williams to get the equalizer.

Barcelona got their second goal in the 77th minute of the game.

Griezmann finished a low cross from Osmane Dembele to get his second on the night. 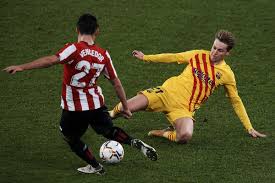 Just when Barcelona thought they have the victory on the night, Bilbao had the equalizer on the 89th minute of the game to take the game to extra time.

Inaki Williams made it a complete comeback, three minutes into the extra time.

Williams pounced on a pass from Iker Munian which hit the cross bar and then into the net to make it 3-2 for Bilbao. 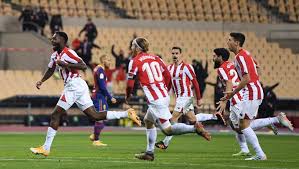 Messi had the marching orders in the 120th minute of the match.