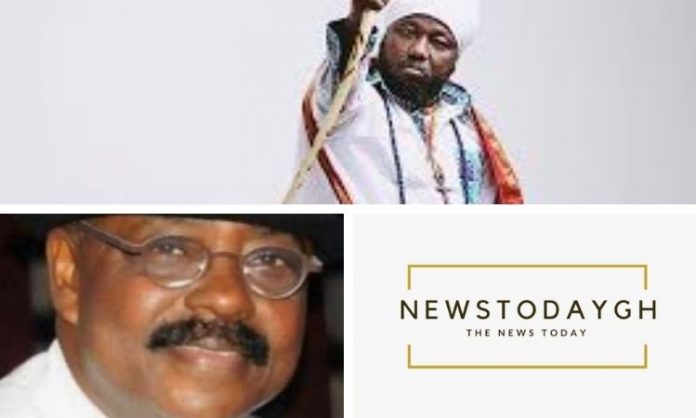 The C.E.O of Radio Gold, Baffoe Bonnie was the former Presidential Staffer under the administration of John Dramani Mahama, passed on on Monday, February 1st, 2021. Reports show that the business tycoon died from COVID-19 though has not been confirmed.

VIDEO : Blakk Rasta Reveals The Huge Amount Of Money He Was Paid As Salary By NAM1

Blakk Rasta narrated how the late Mr. Baffoe Bonnie eased his memorable meeting with the President of United States of America, Barack Obama when he visited Ghana in 2009.

“The man in the thick mustache behind me is Baffoe Bonnie. He eased my meeting with Barack Obama in 2009. He loved me like a son. He passed on today. Rest well father. I am in sorrow” he twitted.