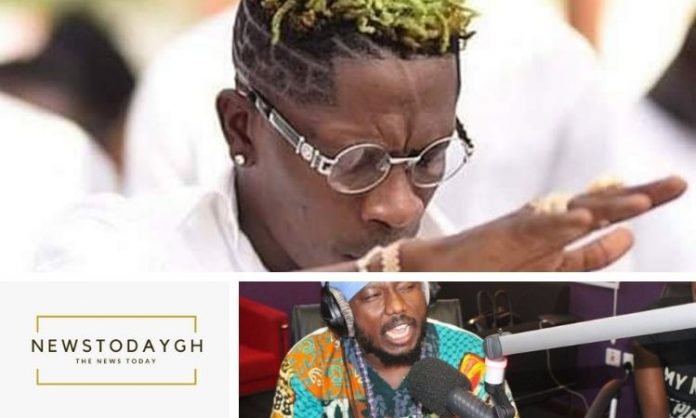 The “Barrack Obame” hitmaker said the beef was because of airplay for shatta wale’s songs.

Giving details to the beef on Joy Fm, Blakk Rasta said shatta wale was mad with him because he only played one song out of four songs Wale gave to him to be played.

He however said he never would have known about shatta wale’s secrets if not for a Tv interview shatta granted and called him Hater.

Blakk Said he only played one out of the four songs Shatta gave him because that one was understandable, the rest had no lyrical content, and that he doesn’t personally like dancehall songs.

Blakk Rasta accused Shatta and Ara B of crossing him in traffic and accusing him of stealing His Album cover art.

Per Blakk Rasta’s assertion, he never gave Shatta the chance to play around because he took all those events to be the result of youthful inexperiences.