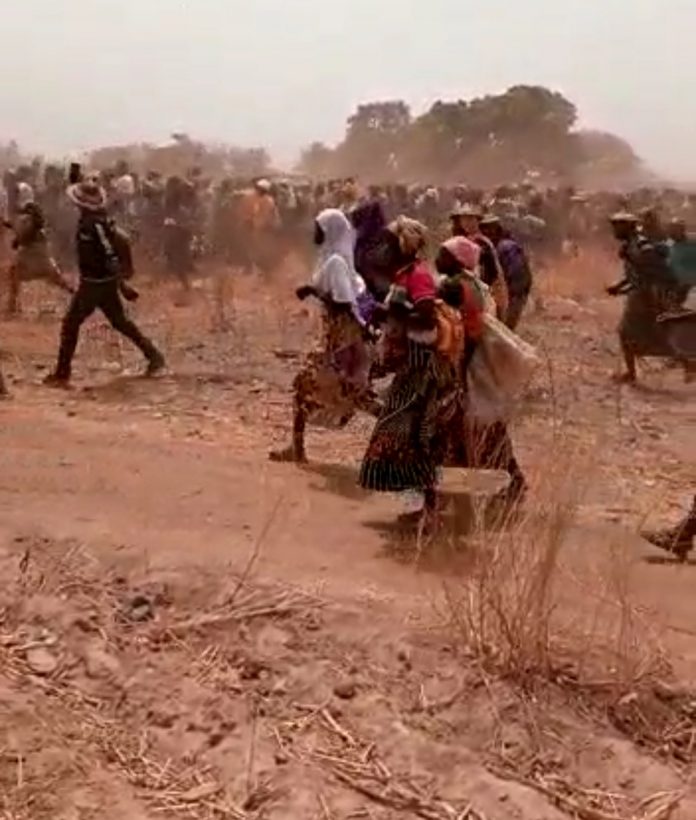 Burkina Faso: No mass movement of Burkinabes into Ghana as a result of recent terrorist attacks – GIS

In the viral video, some Burkinabes are seen running and walking briskly with their belongings out of their communities heading to an unknown destination misreported to be a movement into Ghana.

But the Ghana Immigration Service (GIS) has described the reported mass movement into Ghana as untrue and should be disregarded.

Public Relations Officer of GIS in the Upper East Region, ASI Martin Theosis Soyii told Bolgatanga based A1 Radio in an interview said that daily border patrols have, however, been intensified to safeguard the borders of Ghana.

“It is an unfounded allegation; in the video you could see that there is no sign of a border presence. So all that running is within Burkina Faso following the recent terrorist attack. It’s not close to the Ghana border” he said.

“We will not like to admit everybody to enter especially, now that it is a mass movement, we don’t know if such persons are among them. We would not like to admit anybody who will be a danger to the peace and security of this country”.

Meanwhile, it has been reported that over one hundred people have died in this seemingly unrest in neighbouring Burkina Faso which ECOWAS leaders headed by Ghana’s President Nana Akufo-Addo have visited to intervene and to resolve the security breaches in that country.