Human Rights Watch, on February 26,2021, stated that it had gathered evidence of an attack on Ebam by Cameroon soldiers nearly a year ago.

“An attack by Cameroon soldiers in March 2020 has come to light where soldiers raped 20 women including four with disabilities, arrested 5 men and killed a man” Human Rights Watch said. 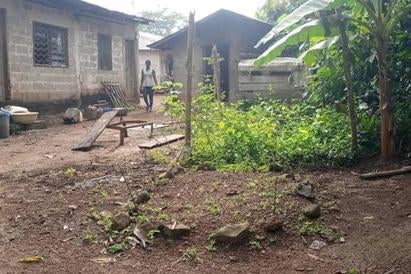 They added interviews between August and January with victims and witnesses of the violence.

“I was home alone in the dark one evening when five masked soldiers entered my house. They searched the house, took my phone and money. One of them threatened to kill me if I refused to have sex with him. I was too afraid to say or do anything. After the abuse, I ran into the bush where i spent two months. I have since been traumatized” A 40 years old woman narrated.

According to information gathered by the Human Rights Watch, the soldiers burnt a house, beat a man they took to the military base. Based on the information gathered by the Human Rights Watch, there has been no effective investigation and no one has been held responsible for the crimes. The incident has not been reported due to fear of reprisal which discouraged survivors of sexual violence from speaking out.

Upon further accusations, the Cameroon army have rejected the report and accused Human Rights Watch of siding with separatist element.

We have better things to do than to react to this report. Human Rights Watch is clearly complicit in the terrorist’s atrocities” Col Cynille Atonfack told the Reuters news agency.

Human Rights Watch has documented widespread of human rights violation by members of the Cameroon security forces in the Anglophone regions since 2017. There has been little or no accountability for military abuses in the English speaking regions over the past four years and the atrocities remain largely unpunished.

“Survivors of the Ebam attack are desperate for justice and live with the idea that those who abused them are walking free and have not been punished” Human Rights Watch Ida Sawyer reported.