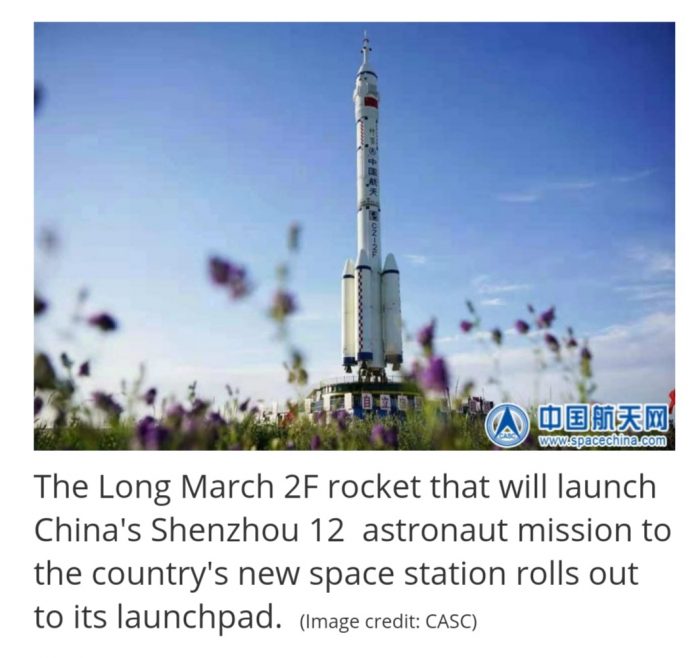 Shenzhou 12 will launch atop a Long March 2F rocket and send three astronauts to Tianhe (“Harmony of the Heavens”), the core module of China’s new space station.

The crew of China’s Shenzhou 12 astronaut flight to the country’s new space station waves to reporters in a press conference at the Jiuquan Satellite Launch Center on June 16, 2021.

The identity of the three Shenzhou 12 crewmembers was also announced on Tuesday.

They are all men: astronauts Nie Haisheng, Liu Boming and Tang Hongbo. Nie has flown twice before, on the Shenzhou 6 mission in 2005 and Shenzhou 10 in 2013. 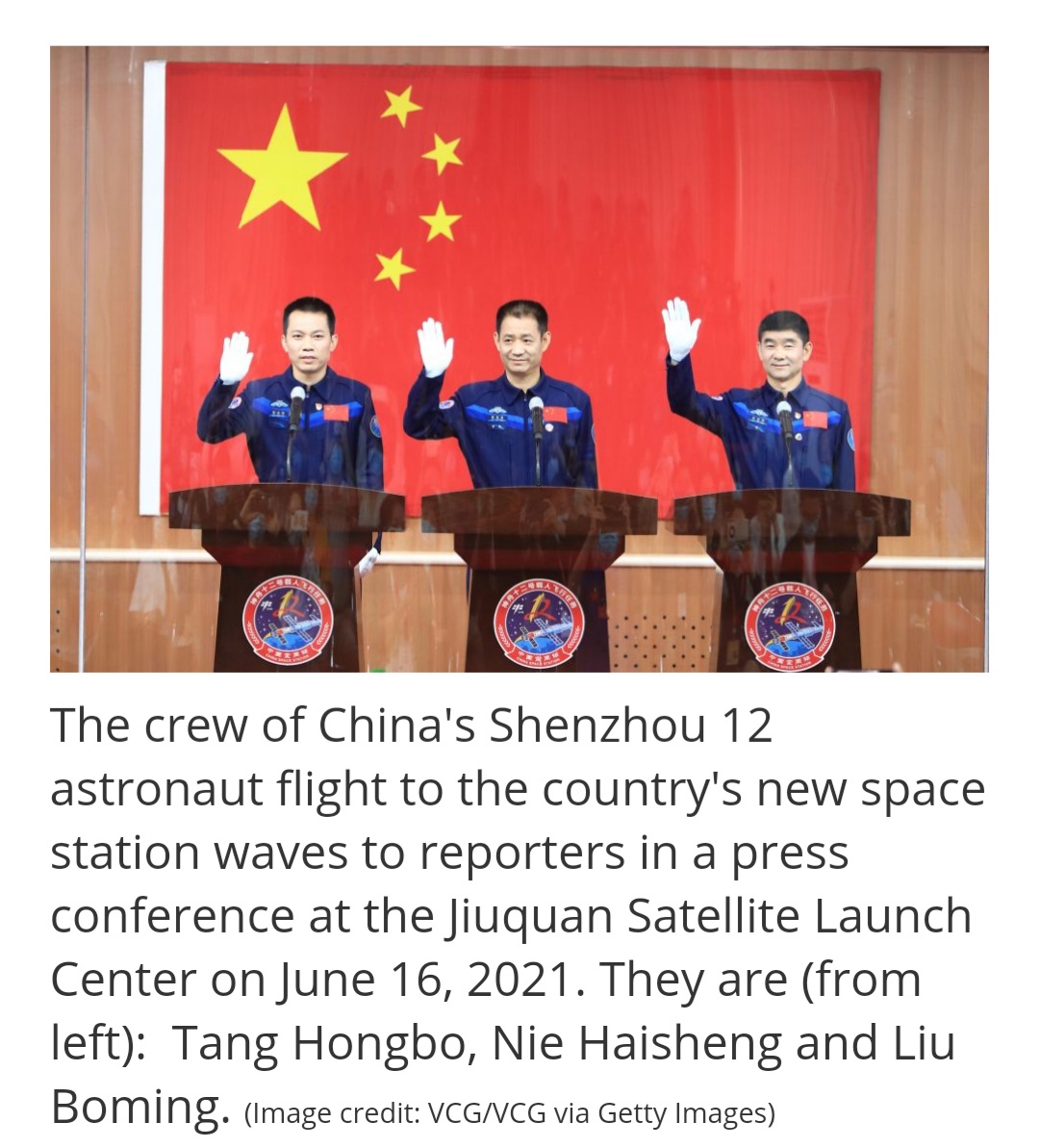 Liu flew on Shenzhou 7 in 2008, and Tang is a spaceflight rookie, according to China’s state-run Xinhua news agency.

The most recent Chinese crewed spaceflight, Shenzhou 11, launched in October 2016.

That mission carried three astronauts to the Tiangong 2 space lab, a prototype precursor of the new station, for a one-month stay.

The Shenzhou 12 crew, by contrast, will spend three months aboard Tianhe, which launched to low Earth orbit on April 28.

Though the module has been aloft for less than two months, it has already received a robotic visitor — the Tianzhou 2 cargo craft, which delivered 6.6 tons of supplies to the core module late last month.

Shenzhou 12 is the third of 11 missions that will be required to complete the construction of China’s new space station, Chinese space officials have said.

Two of those flights will loft additional modules, which will link up on either side of the central Tianhe.

There will also be three more robotic cargo missions and three more crewed flights during the construction phase, which is expected to wrap up by the end of 2022.

The Shenzhou 12 crew will perform a range of repair and maintenance activities during their three months aboard the 54-foot-long (16.6 meters) Tianhe, Chinese space officials have said.

Some of this work will likely be done on the outside of the module.

“Astronauts coming out of the cabin will become a new routine, and the duration of such activities will be greatly expanded,” Yang Liwei, director of the China Manned Space Engineering Office, told Chinese newspaper The Global Times last month, referring to the members of all four crewed missions that will visit the space station during its assembly phase. (Yang is a former astronaut. In 2003, he made history as the first person China launched into space.)

The space station construction is part of a broader ramp-up for China’s space program, which continues to operate a rover on the moon’s far side and last month put a rover called Zhurong down on Mars.

China is not part of the International Space Station coalition.

In fact, since 2011, U.S. law has prohibited NASA and the White House Office of Science and Technology Policy from cooperating with their Chinese counterparts on space activities, unless such cooperation has been approved in advance by Congress.