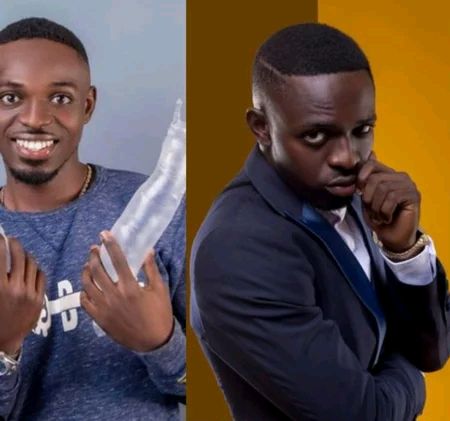 Comedian Waris has shared a photo of himself in a hospital bed looking unwell.
He had some drip sticking to his hand as he lay on the hospital bed barechested and looking weak as well.

According to the comedian, they were on set filming a project at Mayera when he suddenly felt weak and also felt the need for medical attention.

People present on the set with him had to rush him to the Faase Community Hospital where he was given medical attention.

The incident is believed to have happened in the afternoon of yesterday, January 25, 2021.

Following the announcement that he was unwell and was currently admitted at a health facility, the popular Ghanaian comedian wrote: “Wear your nose mask and stay safe from this wicked virus, don’t forget to pray too. 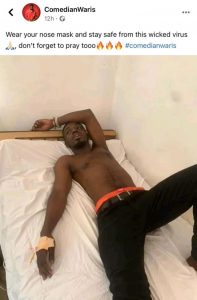