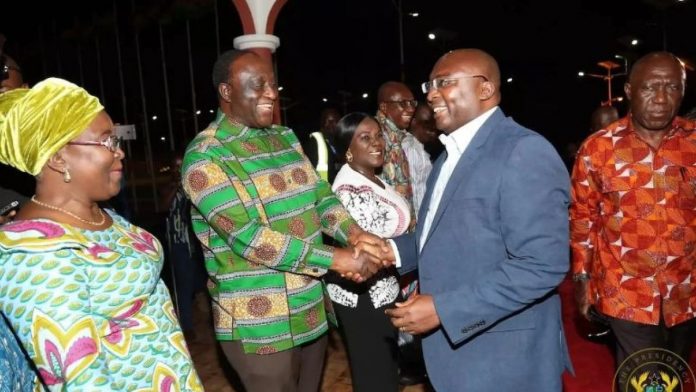 Prophet Salifu Amoako has predicted that there will be confusion within the New Patriotic Party in the coming months as Vice President Mahamudu Bawumia locks horns with Trade Minister Alan Kyeremateng over who replaces President Akufo-Addo as flagbearer of the ruling NPP.

Prophet Salifu therefore asked members of the NPP to begin serious prayers to avert the confusion that he noted was yet to befall the party.

Alan Kyeremanteng known as Alan Cash has been in line to become the next presidential candidate but he is bogged down by his “resignation” from the NPP after he lost in 2007 to Akufo-Addo. He was allegedly linked to a new political party which failed to take off after being outdoored in Kumasi, the Reformed Patriotic Democrats. The intervention of some party bigwigs brought him back to the party, which today haunts him.

On the other hand is current vice president Bawumia who is someone many people are also ticking to become the next presidential candidate after loyally serving Akufo-Addo and taking all the hits over the years, leading the offensive on the opposition.

Other candidates are likely to emerge, but it appears a likely two-horse already.

In a prophetic Night, Prophet Salifu Amoako said there will be confusion within the NPP over the contest.

“The Lord is also telling me that we must also pray for that political party (NPP) because there will be a major confusion there.”

According to him, it will be a tight race.

“I saw two men. I saw Alan Kyerematen and the Vice President, Dr. Bawumia, both of them were standing there and I saw that Alan’s hand was lifted and another hand came from behind to pull his hand down but the man quickly lifted his hand up…,” he said.