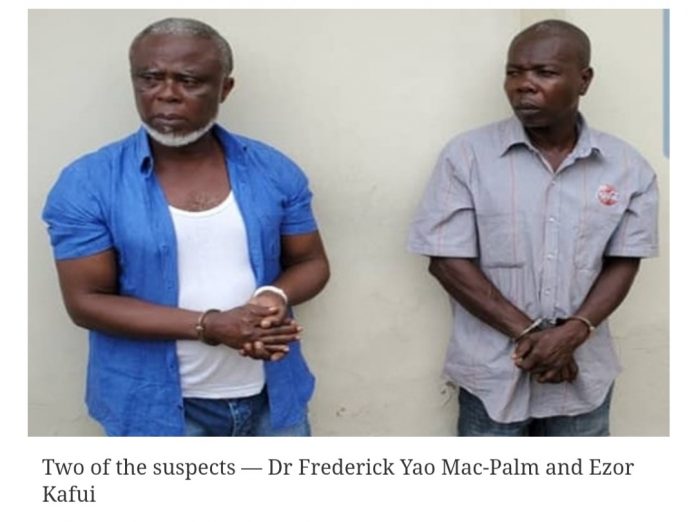 The first prosecution witness in the trial of the 10 people charged with treason for allegedly plotting to overthrow the government Tuesday fingered seven persons in his testimony when the trial commenced at the Accra High Court.

The examination-in-chief, which started just before 1 p.m, lasted more than three hours.

The prosecution witness, Colonel Isaac Amponsah, who gave his evidence under the examination-in-chief conducted by the Attorney-General (A-G), Mr Godfred Yeboah Dame, gave an account on how he was able to gather intelligence about the group.

Col Amponsah, who is also a Director of Operational Intelligence at the Defence Operational Department at the Ghana Armed Forces, said on June 14, 2018, the Director-General of Defence Intelligence briefed him that a soldier at the Military Academy and Training Schools’ head office had been approached by Dekuwine to recruit some people in an operation to overthrow the government.

He said the Director-General also briefed him that Dr Mac-Palm and Mr Debrah had already met some soldiers and that the next meeting was scheduled for June 22, 2018.

Col Amponsah then testified that the soldier that was approached was one Corporal Awarf Sule.

Asked by the A-G about what happened after he had received the information, the witness said he obtained a secret recording device to enable the soldier to record all subsequent meetings secretly.

On June 22, 2018, Cpl Sule, according to the Col Amponsah, attended the scheduled meeting after which he brought back a video recording using the secret device, adding that he (Cpl Sule) used his phone to record audio of the meeting as a backup.

Among other soldiers who attended the meeting, according to the witness, were Corporal Seidu Abubakar, Lance Corporal Ali Solomon, and Sylvester Akanpewon.

In his analysis, Col Amponsah noted that Mr Debrah tried to convince the soldiers about the need to overthrow the government, adding that “Mr Debrah started by telling them about corruption and cited the examples of Subah and GEEDA alleged corruption scandals and indicated that when the New Patriotic Party (NPP) was in opposition, they made so much noise about them but since they took over power, nobody had said anything about those issues again.

He indicated that both the NPP and the National Democratic Congress (NDC) were all the same, Col Amponsah testified.

The witness added that the group planned to jam all radio stations in the country with the exception of the Ghana Broadcasting Corporation (GBC).

He said one of the soldiers also suggested that the group communicated via Gota phones to avoid being tapped.

The witness again testified that on July 7, 2018, another meeting was held, with Dekuwine, Debrah and Sule attending.

After the meeting, Col Amponsah further told the court, Sule again brought the recorder to him for analysis as part of his surveillance which was conducted with the National Investigations Bureau (NIB).

He said in his analysis of the July 7 meeting, it was observed that Dekuwine suggested that the group had to eliminate the President.

He told the court that Awarf handed over a sketch plan to Mr Debrah which had key targets of areas to block on the day of the alleged planned coup.

The areas, he said, included the Base Ammunition Depot (BAD) in Tema, the Base Ordinance Depot in Accra near El-Wak, the 66 Artillery Regiment in Ho, the Police Headquarters in Accra, the Police Training School in Tesano, the Air force base and the Recce Regiment, both at Burma camp, Accra, roads leading from Tema to Accra, Kumasi to Accra, Tarkoradi to Accra as well as the Jubilee House.