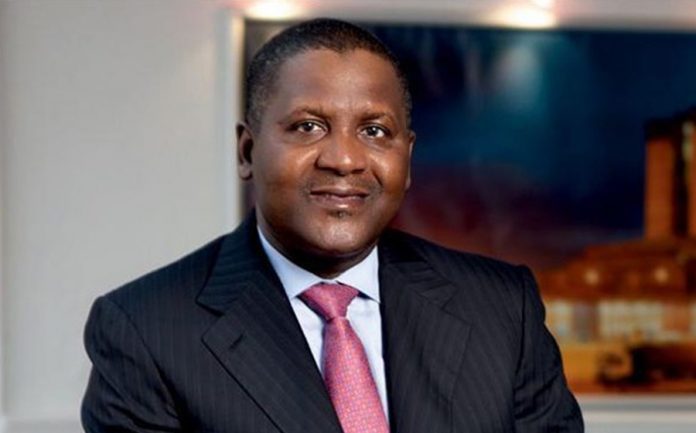 According to the Bloomberg Billionaires Index, Dangote’s wealth reportedly fell from $18.4bn on Thursday, January 7 to $17.5bn on Friday, making him the 114th wealthiest man in the world, down from 106th the previous day.

Despite the loss, Dangote still maintained a place among the list of 500 billionaires across the world at number 114 and retained his position as Africa’s richest person as of Friday.

“The majority of Dangote’s fortune is derived from his 86 percent stake in publicly-traded Dangote Cement. He holds the shares in the company directly and through his conglomerate, Dangote Industries,” Bloomberg reported.

Aliko Dangote was born on April 10, 1957. He is a Nigerian billionaire business magnate and philanthropist.

He is the wealthiest person in Africa and the richest Black person in the world with an estimated net worth of US$13.5 billion (July 2020).