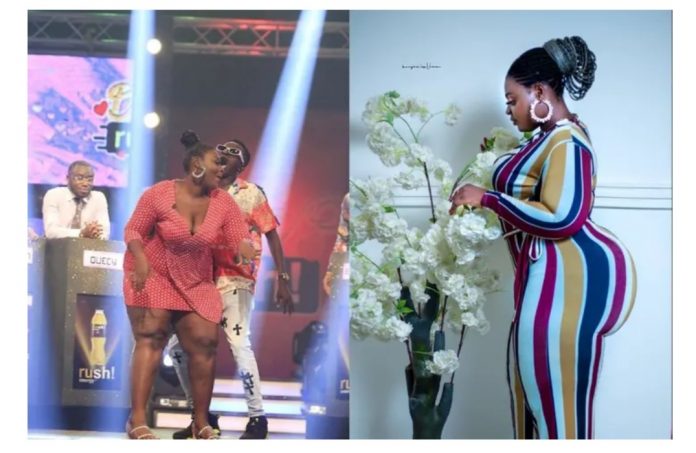 Date Rush Saga: “Ali Ran Away When I Entered His Room; He Can’t Handle Me” – Shemima.

Shemima of the Date Rush fame has disclosed that her date Ali whom she met on the programme cannot handle her in the bedroom.

She revealed this after she visited him at home, where he ran away leaving her alone in his room.

While speaking in an interview with Zionfelix on Zionfelix Uncut, the duo spoke about a myriad of things from their personal lives to their relationship life.

When asked whether he could handle Shemima, Ali indicated that he was more than capable of handling her because he is not as little as he looked.

Shemima then came in and said Ali was not being real because there was no way in heaven and on earth that he could handle her in the bedroom.

The heavily endowed participant of Date Rush fame, dubbed “Tundra” then revealed that she visited Ali at home one day and after entering the bedroom, Ali run away.

Shemima said that Ali asked to be excused, but after about 30 minutes he was not returning, so she decided to call him only to realize that he had also turned off his phone.

In his defense, Ali said he received a call to assist his mother and that was why he left Shemima alone in the room.

But Shemima wasn’t having any of Ali’s excuses and insisted that indeed he run away because he was afraid and perhaps didn’t know how he was going to handle her.

“Ali ran away when I entered the bedroom; he can’t handle me”.

But in another twist of events, information from reliable sources reaching newstodaygh.com has it that a man claiming to be Shemi Brown‘s husband has popped up and let the cat out of the bag; he has revealed secrets about his relationship with Shemima.

According to the mystery man Nasiru Siedu, he is married to Shemi Brown and claims her real name is Hawa Akua Adams.

He claimed their marriage has produced a 6-year-old son.

The man further added that he was the one who taught Shemi how to drive and also sponsored her in school.

He therefore expressed shock at the news that she (Shemi) was able to appear on TV3’s Date Rush to find love. 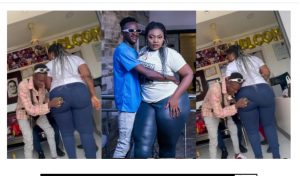