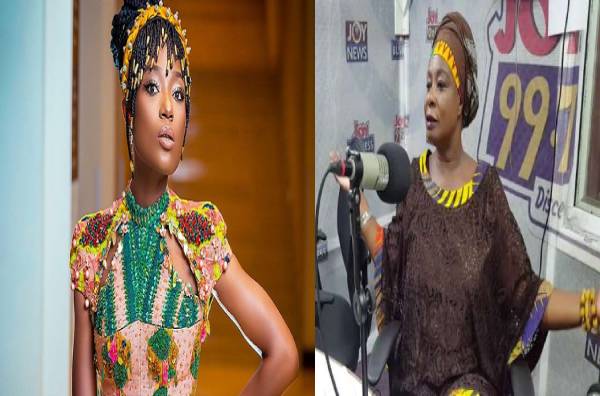 Efya’s Mother granted an interview for the special series for the mothers day on Adom Tv.

The mother of 3 gave breathtaking details of how hard work and dedication can take you.

Read More: Efya Reveals Why She Is Still Single

Speaking to the host, Nana Adwoa Awindor revealed that she was a camera woman for the former First lady.

She said it was before she became well known for the Tv and radio show programmes she held.

The hard-working mother said that at one point in time she was 8 months pregnant while still working as a camerawoman.

Her advice to young females who are in business is that it can be done.

Efya’s mother added that, it is only if you are lazy that you can’t combine motherhood and work.

Awindor says if she can do it, other women can equally do same.