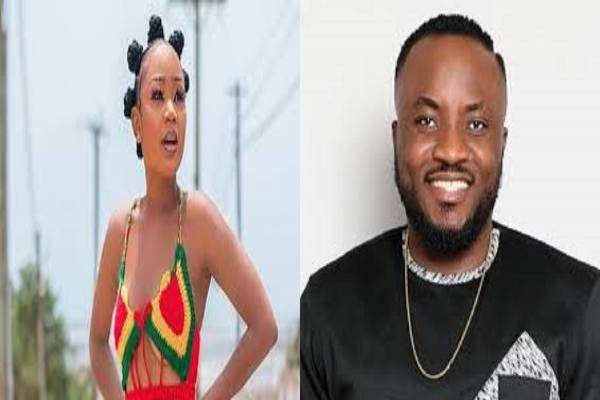 It will be recalled that newstodaygh wrote about DKB making a case against actress Akuapem Polo for defamation.

For the purposes of some who might have missed the story a brief introduction.

DKB on the 29th April 2021 made a case at the police station against just released actress and comedian Akuapem Polo for defamation.

This started as a result of a video circulating on social media from Akuapem Polo claiming a woman called her and said she was ungrateful.

According to Polo, she claimed DKB received some 4,000GHC from the fundraising he organized for her when she was in jail.

This angered the comedien which led to the police case.

However, reports reaching newstodaygh.com shows that DKB has redrawn the matter from the police and has forgiven Akuapem polo.

He added that not for respectable people including famous gospel musician Sonnie Badu calling and pleading on Rosemond Brown’s behalf, He would have gone through with his case.

The comedian also said, Akuapem Polo’s mother called and cried for him not to take her daughter to police or court again.

These coupled with the fact that he is Christian made him redraw and forgive the actress for the defamatory video and comments she made on her social media about him.