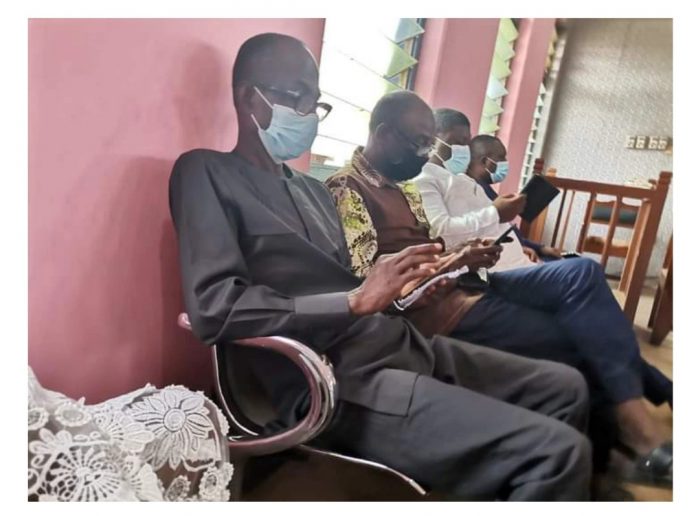 News gathered by newstodaygh.com from reliable sources can confirm that the Bono Regional Youth Organizer for the National Democratic Congress (NDC), Efo Worlanyo Tsekpo has disclosed that the Wenchi High Court has ordered the Electoral Commissioner (EC) in the Techiman South constituency to answer Interrogatories served on them to provide original documents within seven (7) days.

This is as a result of their refusal to comply with earlier court rulings in the Techiman South case between Hon. Christopher Bayere (NDC) and the current MP Hon. Martin Adjei-Mensah Korsah, (NPP) in court.

According to Efo Worlanyo Tsekpo, the respondent (EC) refused to comply with the court orders to answer the following:

1. Produce documents for inspection and making of copies within seven (7) days. They rather submitted photocopies of carbonated documents instead of the originals requested by the court.

2. On the matter of the interaragotories, they decided to type out and answer the ones which suited them and left out those which was strictly ordered by the court.

The Regional Youth Organizer of the NDC has also disclosed the following:

1. On the interrogatories which the responsent failed to comply with from the courts earlier directive, the EC’s returning officer for the Techiman South consistency, Nana Dwamena whose actions caused the death of our supporters has been ORDERED by the court to answer all the interaragotories as earlier directed within seven (7) days. These questions include:

Whether collation was done before the declaration. If it was done, evidence must be produced by the Electoral Commission within seven (7) days.

2. On the inspection of documents, the respondents have been ordered by the court to make them available to the petitioner on Monday, April 19, 2021, at the registrar’s office in Wenchi at 2pm.

Efo Worlanyo Tsekpo also stated that “a cost of GHc2,000 was awarded to the petitioners” by the High Court.

According to him, the presiding judge on the case, His Lordship Justice F.A.W.K. Nawurah, warned that he is not ready to drag issues, but has to finish the case within a reasonable time, so that the people of Techiman South can have a member of parliament who doesn’t have legal chains hanging on his neck.

This therefore comes as very good news for the opposition NDC party and its supporters who have been waiting since January to hear from the court because they are very hopeful that the Techiman South constituency seat would return to them after final court ruling.