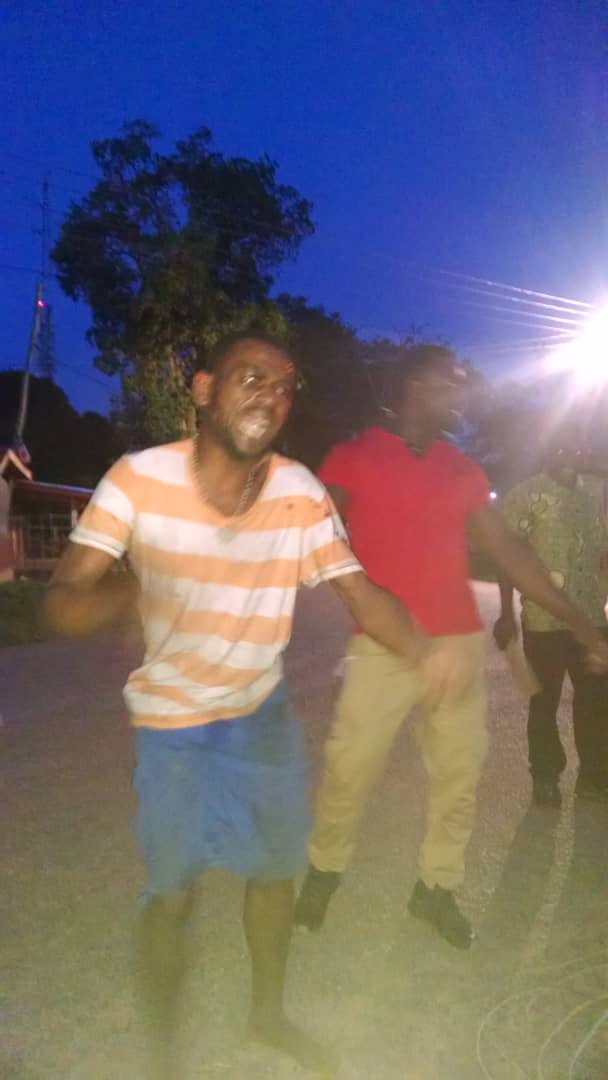 An incident happened early this morning at about six o’clock in the morning. This occurred in Effiduase a town located in Koforidua which is in the Eastern part of Ghana.

A young man was caught stealing and cutting electrical wires from residents at Roman Junction, Effiduase.

This man wouldn’t have been caught if it weren’t for the bravery of a noble citizen.

A man heard someone tampering with electrical cables outside. He went out and saw a man with a lot of wires in his possession.

A woman was able to identify that the cut electrical wires belonged to a certain hairdresser.

In a flash, the criminal dashed but was caught anyway by the residents.

He denied cutting any electrical wires but he was beaten black and blue.
This criminal was sent to the police station for further investigation.