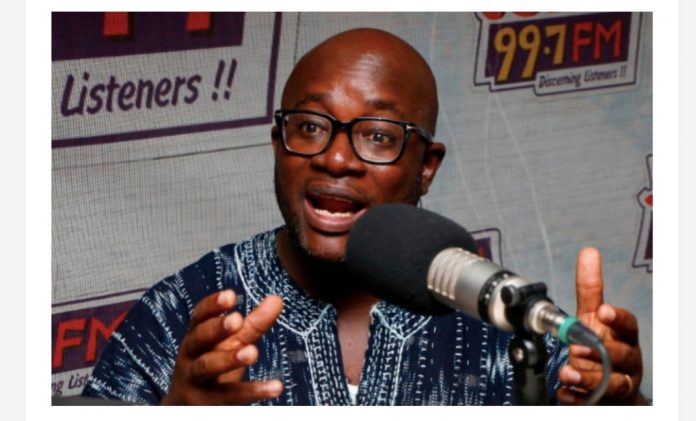 Parliament’s Appointments Committee has decided to freeze the approval of Andrew Egyapa Mercer as Deputy Minister for Energy.

Speaking on Newsnight, JoyNews’ Parliamentary correspondent, Joseph Opoku Gakpo, said that the Committee had decided at the end of the vetting to take time to review Mr Mercer’s vetting footage from beginning to end.

He explained that the Deputy Minister-designate had strongly opposed Mr. Amewu’s use of the word “fraudulent” to describe the transaction earlier, only to review his position at the latter part of the vetting.

He claimed that after the Chairman of the Committee, Joseph Osei Owusu, had explained to him what fraudulent deals meant, he had come to accept the position the then Minister had taken.

The Appointments Committee has said going over the vetting once more will give them the opportunity to compare his earlier words, when he opposed, to his latter position and decide whether he misspoke or that he genuinely meant the fact that he had reviewed his position on the issue.

During the exercise, Mr Mercer had told the Committee that a statement released by the Information Ministry only stated that the government had detected some material breaches, and so had proceeded to suspend the transaction, pending investigation.

This, he said did not make the deal that was cancelled in October 2019 fraudulent.

“Following the investigation that led to the termination of the transaction, nowhere in the official communication were the words fraud used, I have read the report and the issues were clear.”

“Mr chairman, I am a lawyer, and so words like fraud, which connotes grave offenses, ought not to be used loosely without requisite fact or evidence to support it. So with all the information available to me at the time led me to draw the conclusion that the then Minister of Energy had misspoke.” he said.

Meanwhile, all deputy ministers-designate who had been vetted on Monday, June 7, were approved except for Mr Mercer.

Parliament correspondent Joseph Opoku Gapko told Evans Mensah that the Committee will decide to either recommend Mr. Mercer for approval or reject him after reviewing his vetting.

He said the Committee will decide on the Deputy Minister-designate’s fate on Tuesday, June 8 after the vetting of the four Ministers-designate for the day.