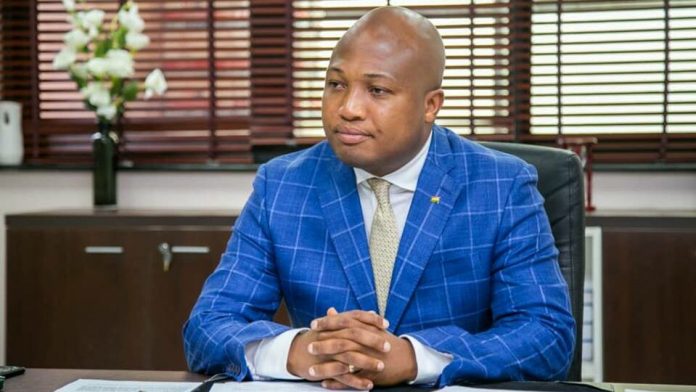 Member of Parliament (MP) for North Tongu constituency, Samuel Okudzeto Ablakwa, has alleged that the New Patriotic Party government is planning to restrict MPs from freely voting for their own choice of candidate for the Speaker of Parliament position.

Arrest Those Who Plan To “Finish” Manesseh Azure GJA To Police

According to him, the government, in a bid to impose its own Speaker of Parliament, is plotting to violate Article 104 (4) and Order 9 (1) by seeking to inspect ballots of MPs in their respective caucuses on behalf of the ruling party.

In effect, the North Tongu MP has charged all MPs to passionately oppose any form of intimidation and insist that the secret ballot rule, which is employed when appointing a Speaker of Parliament, is religiously adhered to.

“Article 104 (4) of the 1992 Constitution and Standing Order 9 (1) demands that the election of Speaker shall be done by secret ballot. It is absolutely imperative that this constitutional requirement is strictly complied with to enable MPs of the 8th Parliament vote freely and according to their conscience. We must all begin a spirited campaign to insist that the secret ballot rule is religiously adhered to,” he stated in a Tweet on December 28, 2020.

Lil Wayne Thanks Donald Trump For Granting Him Presidential Pardon

Shocking as primary four girl conspires with boyfriend to poison her father for rejecting...

Crime Gertrude Ofori - January 22, 2021 0
14 years old Agnes Osike, a primary four student, conspires with her boyfriend who is reported to be an SHS student to kill her...

Shocking as primary four girl conspires with boyfriend to poison her...