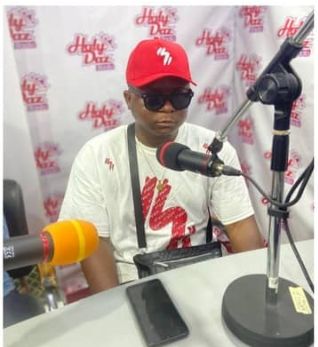 Ghanaian renowned comedian and actor, known as Enock Darko, aka Watabomshell, has outlined some negative acts that is retarding the growth of the Ghanaian Movie Industry.

The young actor who is currently pursuing his acting career in Nigeria, has made revealed that, he is presently part of Nigerian Film Industry (Nollywood).

According to him in an interview with Ebo Safo live on Holy Daz Online Radio, he made it clear that, he went to Nigeria two years ago, when he realized Ghanaian Film Industry was in a disarray.

Ghana Tourism Authority Must Compensate Us- Kobi Rana Cries Out

He said, upon his few years experience in the Nigerian Film Industry, it is more productive since they are globally recognized, as the second largest film producer in the world.

He continued, ” Kumawood Producers in Ghana should stop choosing young and upcoming actors over ‘experienced’ old actors in the industry for the for old people’s roles” he lamented.

He emphasized that, such destroy the quality of the movies which makes it difficult to receive international appeal. Furthermore, he also attributed the proliferation of Telenovelas on the various TV Stations across the country.