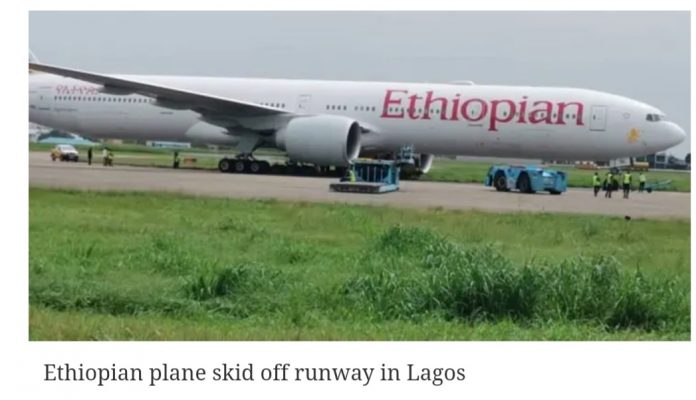 Information reaching the editorial desk of newstodaygh.com has confirmed that an Ethiopian airlines plane had skidded off the taxiway shortly after landing at the Murtala Muhammed airport in Lagos, Wednesday June 2, 2021. This comes in the wake of three fatal air crashes that have occurred in Nigeria since January this year.

According airport officials, the plane arriving in Lagos from Addis Ababa had landed safely and was taxiing when it skidded off the runway while trying to make a turn to the ramps to off load its cargo.

Airport officials and crew were seen trying frantically to remove the plane from the taxi way because the left landing gear was stuck in the grass.

This was to allow free passage for the aircraft to be towed away from the green area at the end of the runway.

The Ethiopian airlines aircraft was finally towed away some three hours after the incident had occurred. 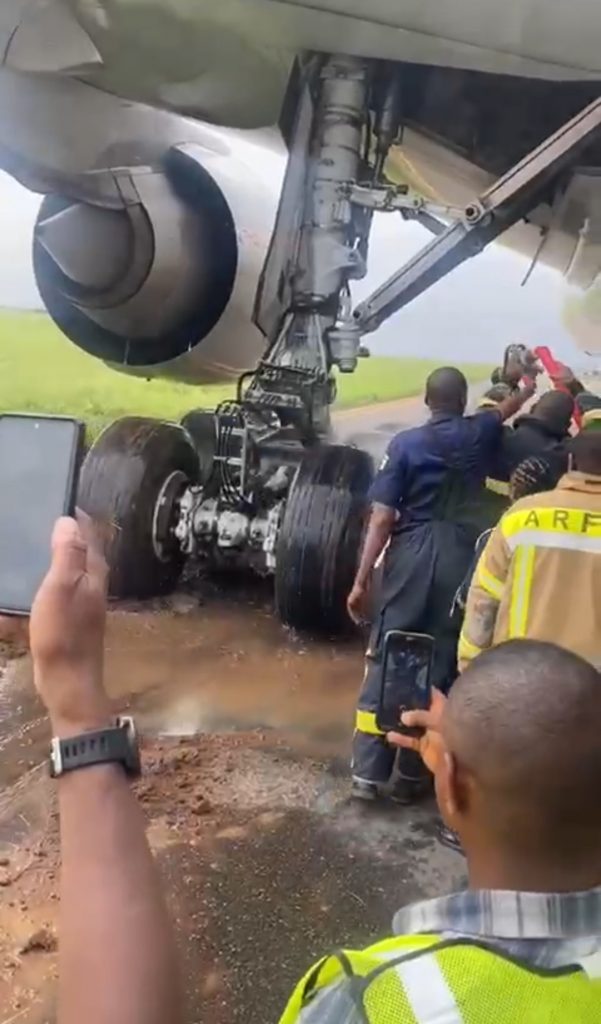 The airline in a statement said the ET-3905 converted Boeing 777-300ER passenger aircraft was operating a cargo service when the incident occurred with no injuries or fatalities to the crew. 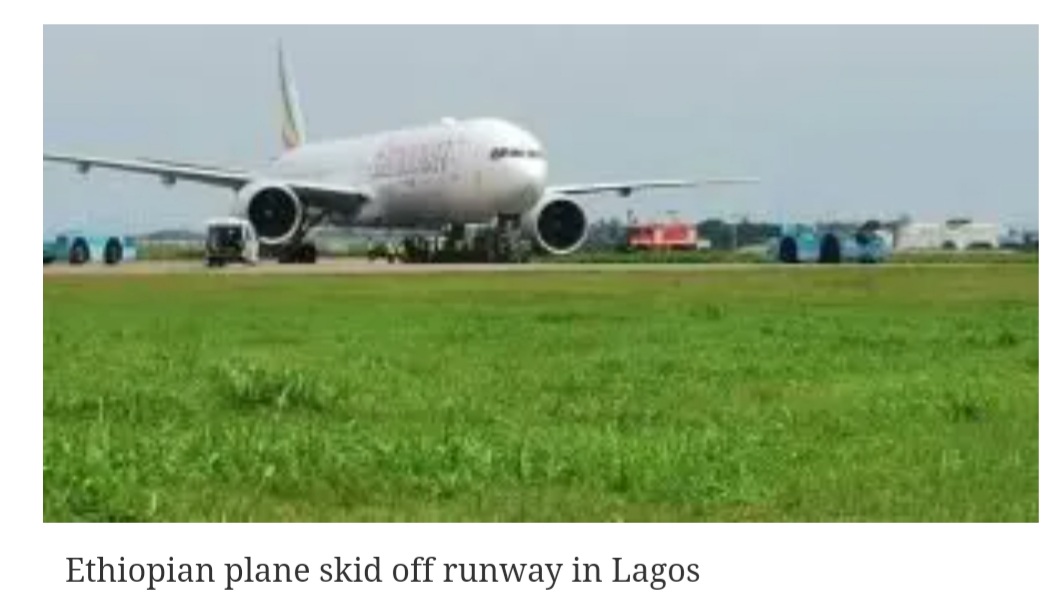 The carrier also reported that after offloading it’s cargo, the flight returned safely back to Addis without any further incident.