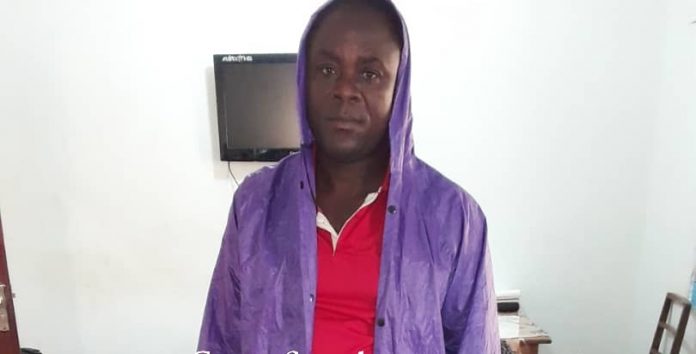 Mr David Darko, the 41-year old self-styled medical doctor, who has terminated at least a 1,200 pregnancies in a decade of operating an abortion clinic has revealed that none of his clients complained of any complication as a result of his unsafe abortions conducted on them at his uncertified facility.

The suspect has been given four years of imprisonment in hard labour by the Suhum Circuit Court for engaging in illegal abortion says when it comes to performing abortions, he has “gifted hands” that deliver.

Mr Darko appeared to be a well-known abortion doctor in the Eastern Region, particularly within Suhum, where his facility, located at Mile 44 in Suhum, was the go-to for girls and women who needed to get rid of pregnancies for whatever reason.

Mr Darko’s abortions resulted in complications for many ladies who patronized his services. This led to investigations by the Ghana Health Service and the Ghana Police Service.

Mr Darko was arrested on January 9, 2021 while he was about to terminate the pregnancy of a lady who had been planted by the Police to expose him.  Medical equipment and drugs were impounded by the police in his facility.

Two Million Corona Virus Vaccines To Be Made In Middle January

“We received information that somebody is operating illegal abortion within Suhum Municipality and base on this intelligence the Suhum district police command gathered themselves and arrested the suspect now the convict at his hideout and when we searched him we were able to retrieve medical instruments and drugs and we processed him before the court and he was sentenced to four years imprisonment, we are now taking him to the Koforidua prisons to go and serve his term. According to his mother, he started this business more than ten years now”. The Suhum Police Commander, Joseph Owusu said.