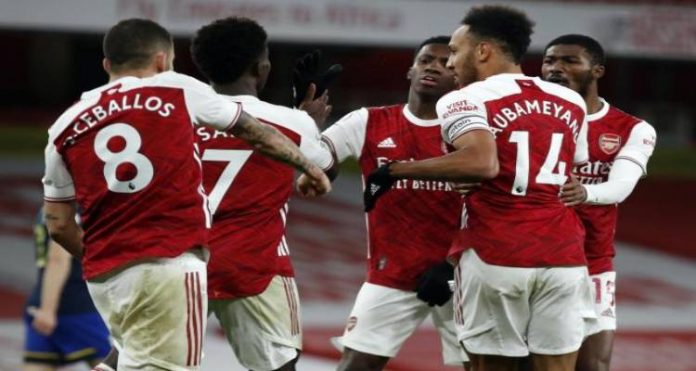 Southampton’s and Arsenal battled out a 1-1 draw at the Emirates Stadium around evening time, with the home side holding out regardless of going down to ten men soon after the hour.

The two groups were in differentiating form heretofore and that was reflected in their exhibitions in the first half. The guests were perceptibly more certain and started to lead the pack 18 minutes when former Arsenal player Theo Walcott serenely scooped a shot over Bernd Leno.

Arsenal stockpile leveled from the get-go in the subsequent half, with Pierre-Emerick Aubameyang completing sagaciously after great work by Bukayo Saka and Eddie Nketiah.

Gabriel was then red-checked for Arsenal which put the home side under genuine pressure in the last thirty minutes.

All things being equal, the two sides may have won it as Nathan Redmond and Rob Holding both hit the woodwork.

The draw keeps Arsenal in fifteenth the league while Southampton has climbed, briefly in any event, to third.

After 753 appearance for Barcelona, Lionel Messi has his first red card against Athletic Club.