A section of Ghanaians are unhappy with the First Lady Mrs. Rebecca Akuffo-Addo, wife of the President of Ghana for disregarding COVID-19 protocols and throwing a grand birthday party to mark 70 years at an undisclosed venue on Friday, March 12, 2021.

The birthday party was attended by close family and friends.

A video which captured scenes taken from the party grounds, showed the First Lady dressed in a lovely gold gown while the attendees wore white to grace the occasion amid eating, drinking and dancing, while the music played in the background entertaining everyone present. 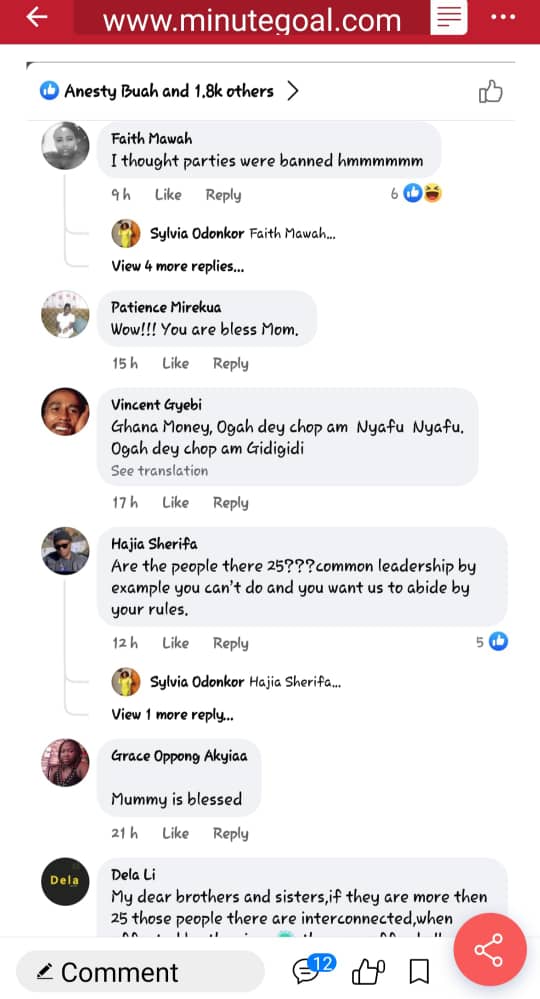 The scene from the video shot showed that none of the attendees was wearing a face mask or shield, and neither were they observing any social distancing protocols as directed by the President in his last address to the nation on the COVID-19 pandemic.

The First Lady was also seen walking hand in hand with a family member and surrounded by a group while dancing her heart out to the beat of good music pouring out from the loud speakers.

This obviously got some tongues wagging and also sparked a debate on social media where they voiced out their displeasure especially at a time when restrictions had been imposed on social gatherings during the second wave of the COVID-19 pandemic.

According to some who’s comments were captured on social media, the First Lady had disappointed them as a leader for contravening the laid down Covid-19 safety protocols and organising a party against the rules for social gatherings.

What seemed to have irritated some of the social commentators the most was the idea that people in high places could throw parties when the President had banned all such social gatherings until further notice, while the ordinary citizens of Ghana could not hold any social gatherings with more than 25 people.