Fitch Ratings, an international credit rating agency has upgraded United Bank for Africa (Ghana) Limited’s Long-Term Issuer Default Rating (IDR) to ‘B’ from ‘B-‘ and Viability Rating (VR) to ‘b’ from ‘b-‘.
The Outlook on the Long-Term IDR is Stable, according to a press released by Fitch Ratings. The upgrade reflects the strengthening of the bank’s capitalisation and leverage, as reflected in the increase in its tangible common equity/tangible assets ratio to 26% at end-9M20, from 18% at end-2019, notwithstanding heightened operating environment risks from the global pandemic.Key rating drivers IDRs and VR.

UBA Ghana’s IDRs are driven by its standalone creditworthiness, as expressed by its VR. The ratings reflect the concentration of the bank’s operations in the volatile Ghanaian operating environment, extremely high levels of impaired loans and company profile weaknesses.
In addition, the ratings consider the bank’s comfortable and strengthened, capital position, underpinned by its strong profitability, and solid liquidity position.

The Ghanaian economy has fared comparatively well in the face of the pandemic and Fitch expects real GDP growth of 2% in 2020, recovering to 5% in 2021. UBA Ghana’s company profile is weakened by limited business model stability, as reflected in high earnings volatility and sizeable shifts in balance sheet composition. UBA Ghana has small market shares of assets and customers deposits (2% and 3%, respectively, at end-9M20) but its franchise benefits from being a subsidiary of United Bank for Africa Plc (UBA Plc; B/Stable), a pan-African banking group.
“We expect the bank’s market shares to increase moderately over the next two years as management pursues an ambitious growth strategy”, the release said.

UBA Ghana’s impaired loans (Stage 3 loans under IFRS 9) ratio (42% at end-9M20) is exceptionally high, reflecting exposure to several bulk oil distribution companies (downstream oil companies) that have struggled to service their debt due to delayed payments from the government.
However, the loan book represents a small proportion of total assets (29% at end-9M20), with much of the balance being Ghanaian government securities (B/Stable).

The bank’s small loan book and limited exposure to vulnerable sectors outside its already-impaired loans has helped to insulate asset quality from the economic implications of the pandemic.
Nonetheless, single-borrower credit concentration at the bank is high, with the 20 largest exposures (funded and unfunded) equivalent to a high percentage of total equity at end-9M20, exposing asset quality to the default of large borrowers.
Specific coverage of impaired loans (53% at end-9M20) is only modest, reflecting expectations of recoveries on the bank’s largest impaired loan (equal to 32% of gross loans, or 78% of impaired loans, at end-9M20).

However, realisation of these recoveries has experienced significant delays and resolution of the exposure is uncertain, leaving the possibility that further loan impairment charges (LICs) will be required.
UBA Ghana delivers strong profitability, as highlighted by operating returns on risk-weighted assets that have averaged 12% over the past four full years.
Profitability has been underpinned by Ghana’s high interest rate environment, which drives a wide net interest margin.

However, earnings are highly reliant on net interest income, in particular interest income on government securities, and exhibit limited stability, reflecting changes in balance sheet composition and interest rates in recent years.
Nonetheless, Fitch said profitability has been resilient to the economic implications of coronavirus, with low LICs attributable to the limited impact on asset quality. LICs were equal to just 6% of UBA Ghana’s pre-impairment profit in 9M20 (2019: 2%).
Capitalisation and leverage have a high influence on the bank’s VR, having improved significantly owing to strong internal capital generation.

UBA Ghana’s common equity Tier 1 (CET1) ratio (20.0% at end-9M20) is comfortably above minimum regulatory requirements.
Reported net impaired loans were equal to 28% of total equity at end-9M20, but the largest impaired exposure is considered fully-impaired from a regulatory capital calculation perspective and therefore failure to resolve this exposure would not impact the CET1 ratio. 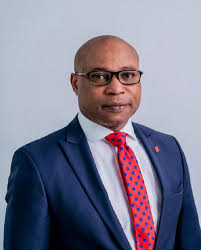 UBA Ghana’s leverage is also very strong, as highlighted by a tangible common equity/total assets ratio of 26% at end-9M20, up from 18% at end-2019.
“We forecast the CET1 ratio to remain broadly stable at end-2021 despite strong loan growth envisaged by management, supported by UBA Ghana’s intention to conserve capital and current regulatory guidance against dividend distributions in respect of 2020 earnings”.
Reliance on non-deposit funding tends to be low and accounted for just 3% of total funding at end-9M20. Nonetheless, the deposit base has weaknesses, as reflected in only a limited share of retail deposits, material reliance on less stable and more expensive term deposits and, most importantly, very high single-depositor concentration.

Fitch’s support assessment also considers UBA Ghana’s strategic importance to the group’s regional network and ambitions as a pan-African banking group, despite the bank accounting for a small proportion of group assets (3% at end-1H20).
However, it considered that support from UBA Plc or from within the group, although possible, cannot be relied on, notably due to the cross-border nature of the parent-subsidiary relationship.

“We also believe that there is a risk of regulatory restrictions in Nigeria, particularly concerning foreign-currency flows out of the country, that could constrain UBA plc’s ability to provide timely and sufficient support to its foreign subsidiaries”, the release stressed.