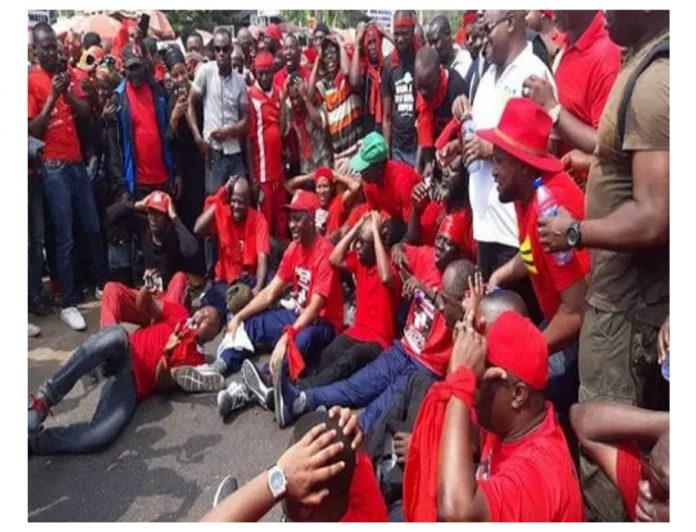 In what was supposed to be a meeting with the Inspector General of Police (IGP), 6 Cabinet ministers in the Akufo-Addo government were already seated waiting for lawyer Oliver Barker-Vormawor, the convener of the #FIXTHECOUNTRY Demo slated for Saturday, May 9th 2021.

The high powered delegation for the meeting means the government is taking the protest and the issues more seriously than initially suspected.

The idea of the demonstrations started when some unhappy Ghanaians took to social media to vent their spleens over what many describe as a failure on the part of successive governments to improve the lives of the citizenry.

Mostly made up of the youth, tens of thousands of posts have been made on social media highlighting some of these inadequacies dubbed #FIXTHECOUNTRY.

Some Twitter users say the impact of government is not being felt on the ground with the government responding by asking citizens to fix their attitude and themselves first.

“This is the right time for us to stand up and come together as one people to speak and let them [government] know that we are tired,” Joshua Boye-Doe, a social media user and initiator of the #FixTheCountry campaign said.

Efia Says #FixTheCountry Demo Will Go On Until Things Change

The lawyer who met the cabinet ministers and appears to be leading the call for the Akufo-Addo government to FixTheCountry says the group has no leaders pushing its agenda, shooting down claims that a Graphic reporter is the leader.

Oliver Barker-Vormawor said “For the avoidance of doubt, the call to Fix the Country, has no leaders. It has no followers. It is the bubbling up of spontaneity and citizen action at its finest. At no point, did anyone who sympathizes with the call have any conversation to elect Ms. Della as leader.”

According to him, the projection of Della Russel Ocloo, a journalist, as the leader of the movement was a mistake resulting from a leaked document.

He explained that her name had only been penciled down in an earlier version of a document as a resource person to advice on how the media could be used to spark a conversation on fixing Ghana.