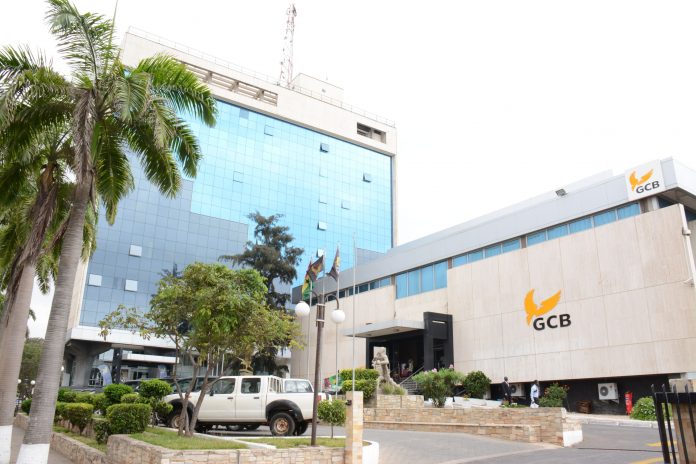 Some staff of GCB Bank Plc, calling themselves the concerned staff of GCB, are accusing the board of window dressing and restructuring of bad debts they granted to certain persons just to paint a rosy picture to shareholders and other investors in GCB Bank Plc 2020 financial report.

According to the staff, the GHS610m profit declared by the board, in the 2020 financial report, is very misleading and that accounting for all bad debts, including all restructured bad debts, will show that the bank made a loss of, at least, GHS75m.

Graphic Investigations intercepted a letter from the concerned staff of GCB Bank Plc addressed to the president of the Republic of Ghana and copied to many high profile public institutions that accuse the board chairman, Mr. Jude Arthur, the Managing Director, Mr. Kofi Adomako, Deputy Managing Director, Mr. Odartey Lamptey, board member, Mr. Nick Amarteifio and others of various malpractices. 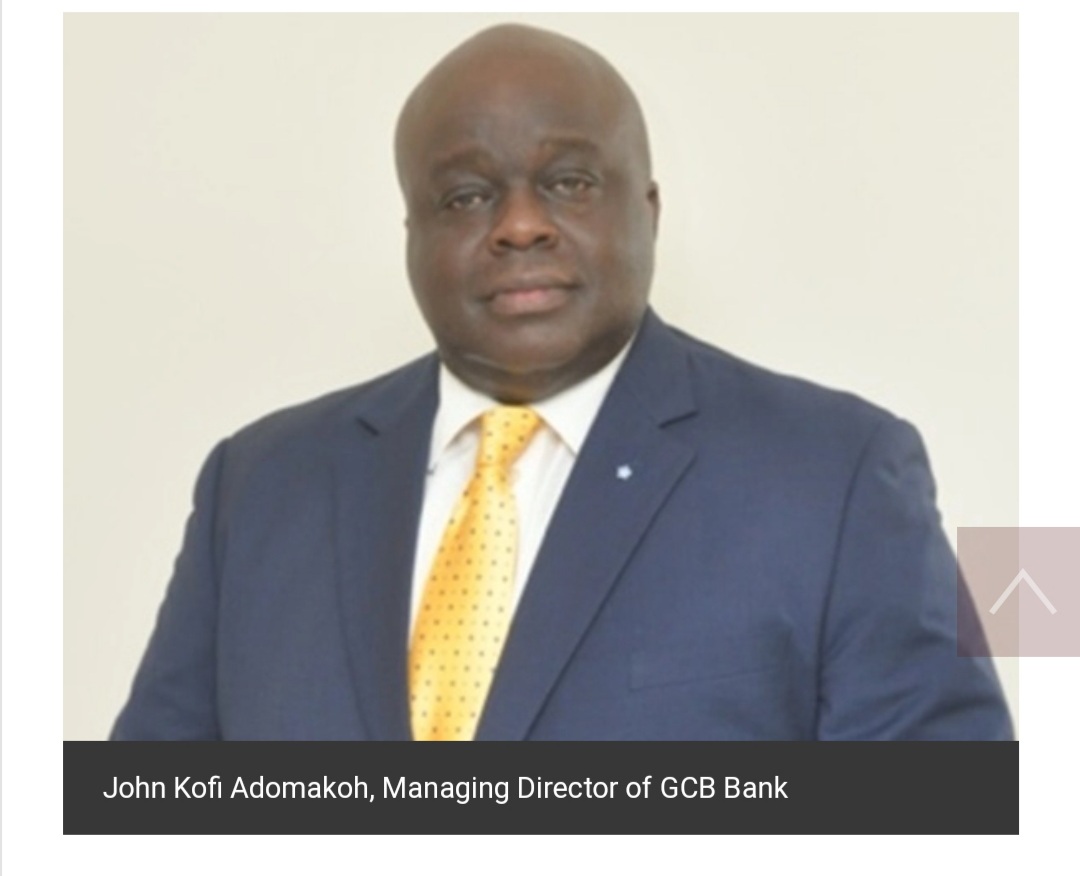 Mr. Nick Amarteifio was accused of using his position on the board to push for contracts for his wife and securing a loan to purchase two pharmaceutical companies.

KPMG was also fingered as metamorphosing, after their 5-year contract, into internal auditors.

All these issues and the reluctance of the Bank of Ghana and other relevant state institutions to, at least, initiate investigations, are affecting staff morale negatively as they perceive that the lack of investigations into wrong doing to mean that some people are above the law.

Low staff morale can lead to apathy and negatively impact on the bank’s competitiveness and could lead to its collapse.

We publish the letter unedited below:

REQUEST TO ADDRESS ISSUES OF CORRUPTION, BAD CORPORATE   GOVERNANCE AND SELECTIVE APPLICATION OF THE BANK’S POLICIES

We are the concerned staff of GCB Bank Limited and wish to bring to your attention as indicated above for your prompt intervention and redress.

Sir, we have many issues, and have on many occasions written to seek redress both internally and externally. Some of the institutions we have written to are Bank of Ghana and Ministry of Finance.

Your Excellency, we believe that you need every Ghanaian to watch and call your attention when they believe that rules and regulations are being breached.

We believe we owe it a responsibility to bring to your attention issues of corruption and its related practices.

You made a call to every Ghanaian not to be spectators and on the basis of that call, we believe it has gotten to the time to inform you on what we believe can collapse GCB bank like UT and Capital Bank.

Yes, GCB Bank PLC is listed on the Ghana stock Exchange with all shares held by Ghanaians, but we cannot keep quiet and allow some board members and management to run down people’s investment as though there are no laws in this country.

We have observed with great concern the number of bad loans (both in values and volumes) created since the assumption of office of the Jude Arthur led Board. 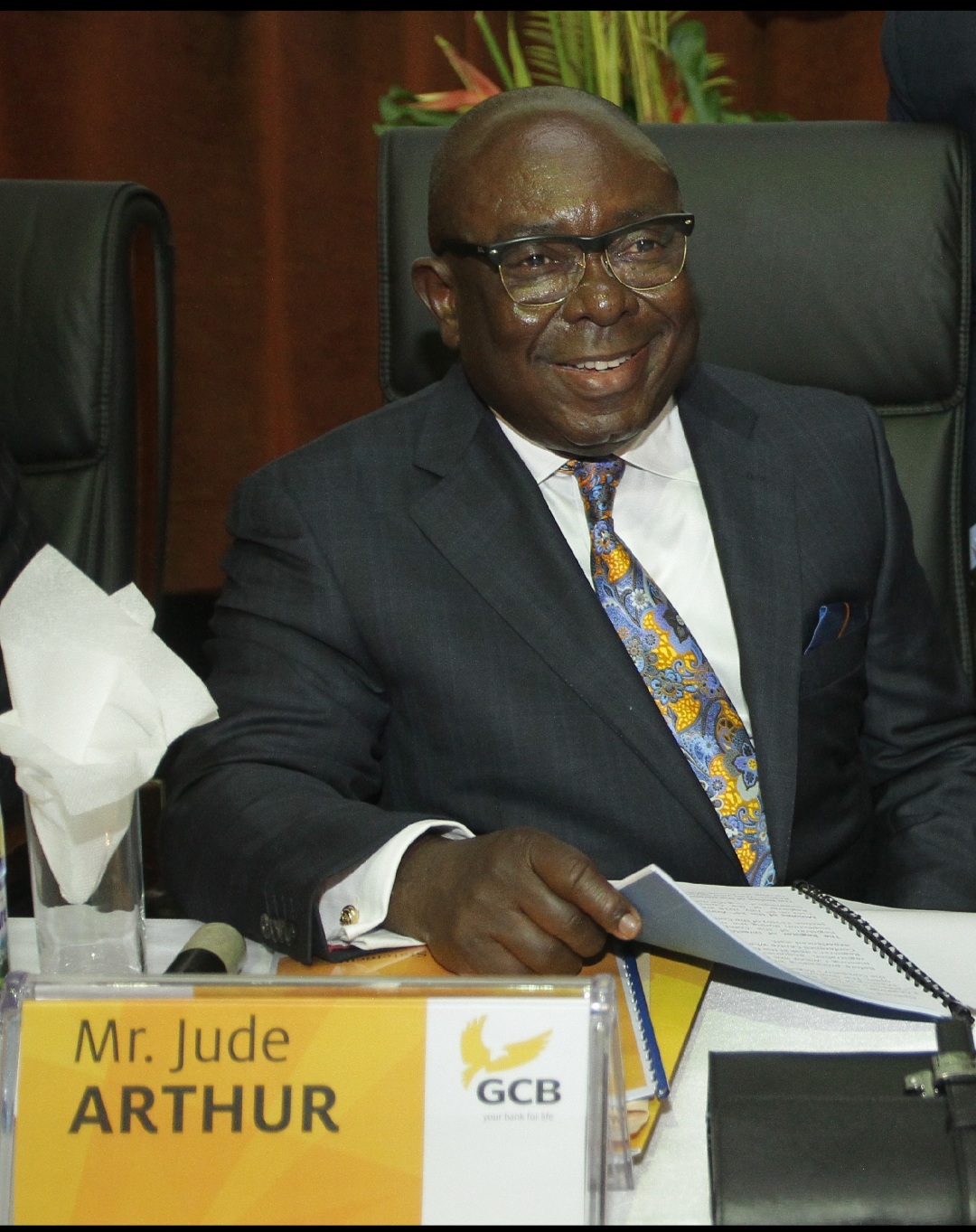 Your Excellency, it is very disturbing when a board chairman pushes for a loan to be granted to a customer who has defaulted in paying the previous loan granted.

Erduk Limited, a customer who defaulted in paying millions of Ghana cedis granted by GCB PLC was given another loan after a so-called KPMG business justification.

As we write both the first and the second loan have gone bad.

These decisions, to add on to an already bad asset position, were single handedly championed by Mr Jude Arthur.

KPMG was paid thousands of dollars for undertaking this business decision analysis. We believe it was a cover up done at the request of the board chairman.

As if this is not enough the Board chairman has contracted KPMG to manage some of these bad loans facilitated by the same KPMG.

We request that independent investigations be conducted into all loans approved by the Jude Arthur led board since the assumption of office especially Yaw Addo, Garden City Mall and Dannex Ayrton drug and Starwins.

We believe the board led by Mr Jude Arthur is working against shareholders of GCB bank PLC and other stakeholders.

We have been conservative by not including other classifications such as OLEM, SUBSTANDARD and CURRENT with their respective provisions.

We strongly request that comprehensive and independent investigations be conducted into how the bank’s profit for 2020 was arrived at.

We believe all is not well and further investigations are required.

Your Excellency, it is worrying the number of board meetings that the Jude Arthur led Board has organized over the period.

The board has been meeting every week and sometimes more than once a week and sitting allowances are paid upon every meeting.

We believe this is inappropriate and must not be encouraged in corporate settings.

Why will a board meet every week? What for? We believe this was done and it is being done to micromanage the bank and also to receive regular board sitting allowances.

A comprehensive investigation will help the appointing authorities to take a decision in the best interest of shareholders and other stakeholders.

The board, led by Mr Jude Arthur, set up a 3-member board executive committee that played the role of management attending daily meetings, and received daily board sitting allowances for playing the role of executive management.

In our opinion, this is wrong and facilitates, create loot and share. We respectfully demand comprehensive investigations to ensure accountability.

For example, who is benefiting from regular board meetings at Kempinski hotel? Is it done to manage the expenses of some board members who have permanent residential rooms and offices at the Kempinski? We believe full scale and independent investigations will assist in applying sanctions where possible.

Your Excellency, you will be surprised to know that the board chairman (Mr Jude Arthur) requested that a general manager be given annual bonus for 2019 when he didn’t qualify per the banks policy on the payment of bonus.

In our opinion these actions can best be described as disrespectful and defiant.

We believe whoever gets the opportunity to serve through appointments must not take the institution they serve on and other Ghanaians for granted.

Another issue of concern is the selective application of the bank’s rules and regulations.

Your Excellency, we are very worried about how board and management are manipulating the bank’s disciplinary processes through deliberate delays.

We are agitated especially when some people have been sanctioned in accordance with the bank’s OFFENCES AND SANCTIONS POLICY and lack of consistency in applying the same policies on a particular issue that had been outstanding for months.

We want to know the interest of the managing director (Mr. John Kofi Adomako ) and the head of legal Ms Jesse Jacintho on that particular issue.

We are by this letter serving notice to Mr Adomako and Ms Jesse Jacintho that the path they have taken in protecting a particular individual without allowing the bank’s disciplinary process to be followed is known to staff.

Your Excellency, we respectfully demand that unimpeded and comprehensive investigations be conducted and sanctions applied to those culpable.

These, in our view, amount to selective application of justice and we may report the conduct of head of legal to the General Legal Counsel soon.

Your Excellency, we have always drawn the attention of the board chairman to all the issues raised here.

However, it is as though he has no respect for the ordinary workers of GCB Bank Plc.

In the view of the board chairman the union executives are his friends and they have been receiving favors from him so they will never take him on for doing the wrong thing.

If the board chairman respects the ordinary staff of GCB Bank PLC he should please explain how at contract was awarded to Mr Nick Ametefio’s wife recently without recourse to due process.

We believe that any breach in established procedure or corporate governance requirement is an opportunity to facilitate fraud.

Detailed and unimpeded investigations will serve as a guide to prevent inappropriate behaviors.

AWARDING OF MULTIPLE CONTRACTS TO KPMG

Your Excellency, the board chairman, we believe, is using KPMG to create loot and share.

Many contracts are single handedly pushed to KPMG without regard to due process.

We find it very difficult to understand the role KPMG is playing as part of the bank’s internal audit.

We believe KPMG is being used to compromise the bank’s internal audit.

The bank recently appointed a Chief Internal Auditor, but the board chairman is still authorizing payments to KPMG for playing an internal audit function under a fraudulent co-sourcing arrangement.

We believe that KPMG is being used to compromise the bank’s internal audit.

Interestingly, KPMG served out their 3 year contract as GCB Bank Plc’s external auditors, but the chairman has found a work around generally accepted practice and metamorphosed them into another role.

The board chairman has used them in playing the role of board and management with millions of cedis paid for role duplications.

We strongly believe that this is being done to cover up the bad deeds of the board, the reward for KPMG being multiple contracts with no regard for due process.

GCB Bank Limited is not in a good place, at this time, and staff morale is extremely low, which if not addressed can affect productivity going forward.

Investigations will go a long way in assuring the staff that no one is above the law.

We respectfully request for comprehensive investigations to send the right signals to all corrupt appointees.

Your Excellency, we are very grateful for the audience and believe that you will take the right decision in the interest of all stakeholders.

The Vice President, Republic of Ghana

The Chief of Staff, Republic of Ghana

The Finance Minister, Republic of Ghana

The Governor, Bank of Ghana

The Board Chairman, GCB Bank PLC