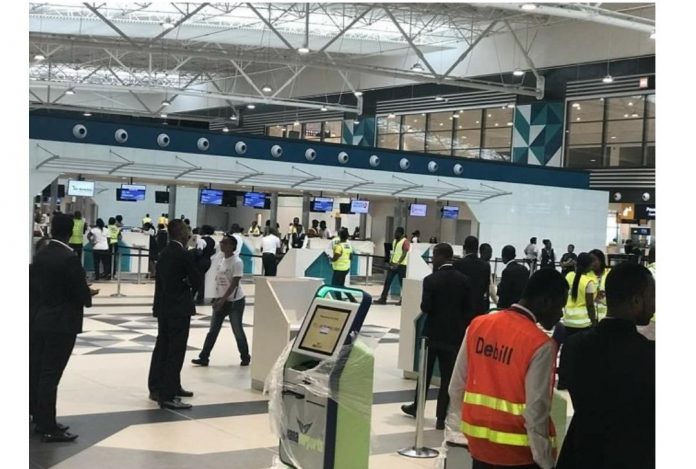 The Union of the Ghana Airports Company yesterday instructed all workers of the Kotoka international Airport to halt their service and operations within the Airport, taking effects on today 26th February, 2021.

The reasons for this action was that, the Union believe that the Company board has deliberately decided to cover up a report of an investigative committee comprising the Ministry of Aviation, Senior Management and the PSWU which affirms the mismanagement, misappropriation of funds and abuse of office melted against the Managing Director of the Company, Mr Yaw Kwakwa and they want him forced out as the Managing Director of Ghana Airports Company.


The strike today saw a disruption of airlines operations at the Kotoka International Airport early this morning delaying the departure and arrival of some international flights.

Fortunately the strike was called to a halt due to the prompt intervention of the Minister designate for National Security, Employment and Labour Relations and the Minister Designate for Transport who called for a brief meeting with the Airport workers Union to reach a consensus on addressing the issues.

The Deputy General Secretary of the Public Services Workers Union, Mr John Sampah shared with the media present, that a brief meeting is going to take place with the aforementioned Minister designates present to have a solution on their strike action.