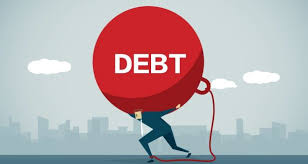 The public debt stock peaked in December last year after increased debt accumulation to plug revenue shortfalls and finance a larger fiscal deficit expanded the amount that the country owes to domestic and external creditors.

Bank of Ghana (BoG) data released on January 29 showed that the debt stock ended the year at GH¢286.9 billion, the highest since the bank started releasing data on how much the country owes.

The December 2020 stock was equivalent to 74.4 per cent of total economic output, measured by gross domestic product (GDP).

It is the first time in more than 15 years that the debt-to-GDP ratio has reached 74 per cent. The closest was in 2016 when it was reported at 72.5 per cent of GDP.

High debts crowd out the fiscal space by ensuring that more revenues are used to finance the interest and pay off the principals, a situation that limits spending in productive sectors and also creates a cycle of borrowing

The latest development preceded a warning from the Governor of BoG, Dr Ernest Addison, that the country required tough decisions to reorganise public finances after the COVID-19 pandemic impacted harshly on them.