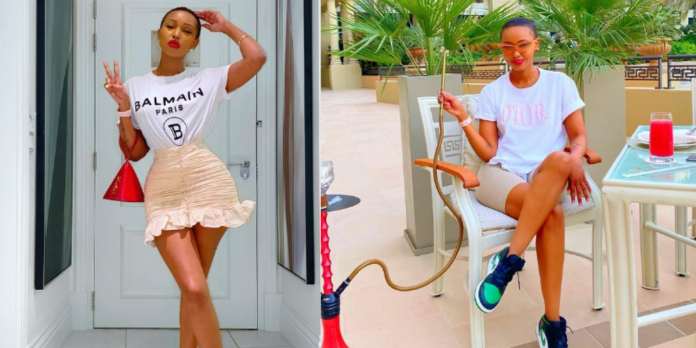 A Nigerian Lady has said that she has ever dumped a guy just because of how his ex-girlfriend looked.

According to her, she isn’t judging because the Bible speaks against it, but she just could not come to terms with how the guy dated such a girl whom she didn’t want to call any names.

She intimated that if the man could get hard for such a woman, he could as well get hard for a cow or any animal.

This tells a whole lot that the said ex-girlfriend of the boy she dumped isn’t the least attractive and that made her just dump him just like that because she didn’t want to get associated with him after what she has seen of his ex-girlfriend.

The lady known as Huddahthebosschick posted this on her Instagram stories.

“Let me not lie, I’ve dumped a man because of how his ex looked.

It’s bad coz, according to the Bible, we shouldn’t judge.

She added that it wasn’t that the said girl was ugly because to her no one is ugly but the girl was simply very dirty, or the personality wasn’t any good for her liking.

“And it is not about ugly! Ugly doesn’t have to be physical.

To me, nobody is really ugly, I mean.

My ugly is personality, cleanliness etc,” she added.